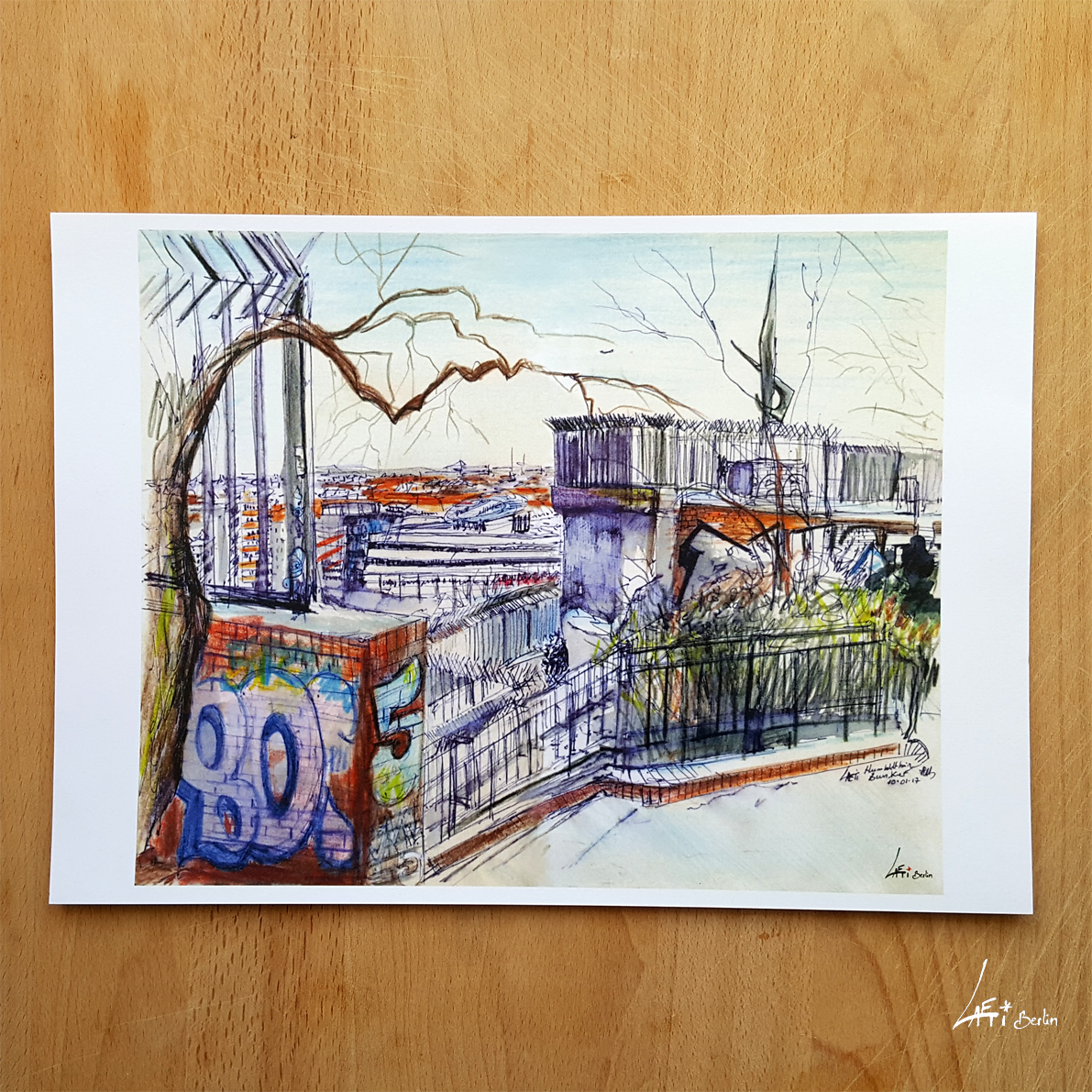 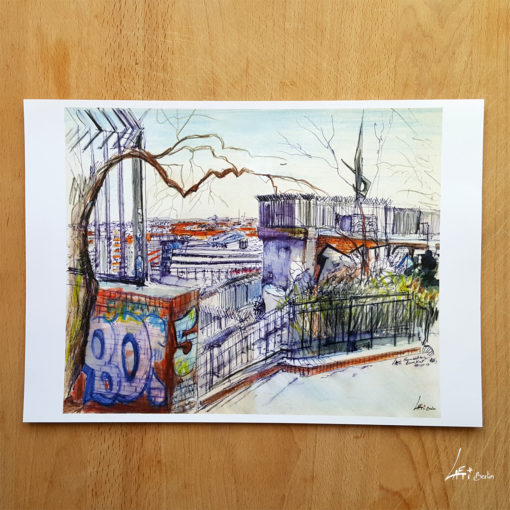 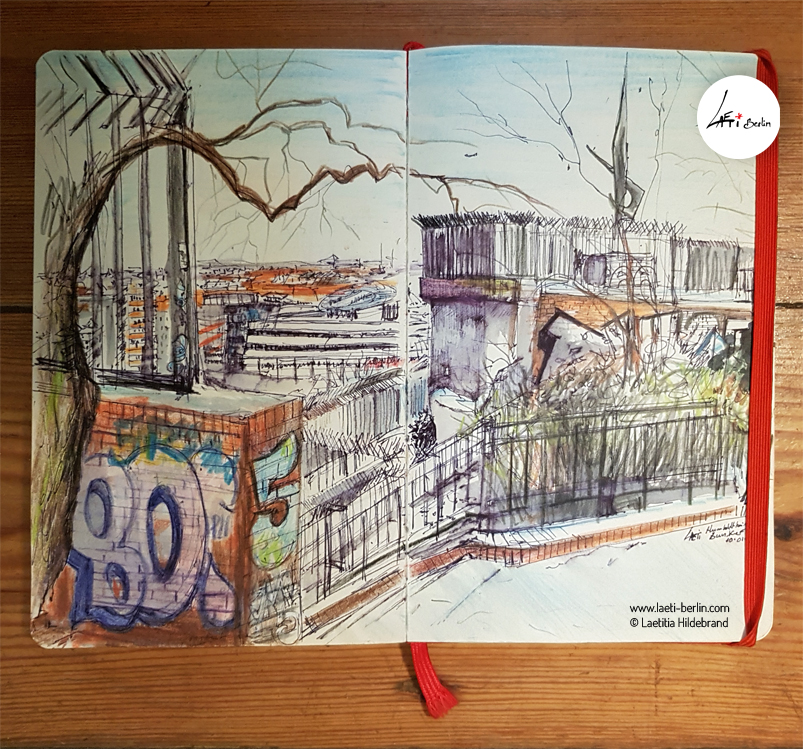 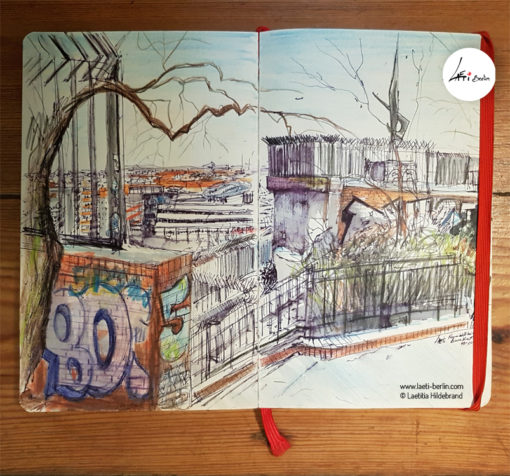 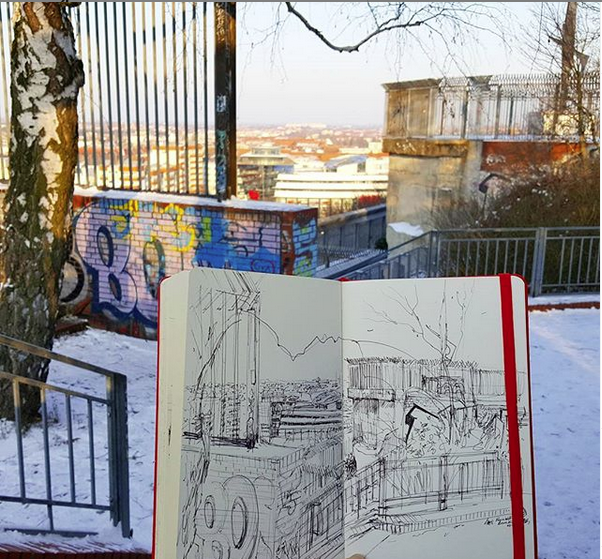 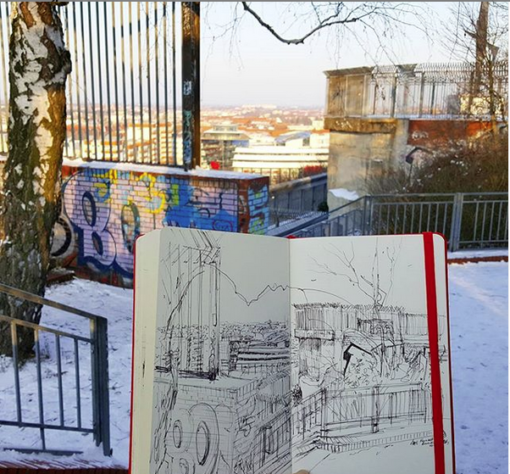 The Poster Flakturm Humboldthain Berlin represents the flak tower of the bunker from the park Humboldthain. These former Nazi anti-aircraft towers offer a singular view of the north of Berlin.
I drew this urban sketch on the 10th of January 2017 directly at the location in Berlin-Wedding (Pankow).

I was sitting on a step from this roof terrace. Snow was everywhere and it was very cold, so I drew quickly (during 45 minutes). This park is located near the train station S-Bahn Gesundbrunnen , between the Ring-Bahn and the road Brunnenstr. On the background, you can see the north-east suburb of Berlin : Pankow-Weissense.
This bunker was bombed during the 2nd world war. That’s why now there are only 2 tours. On the right side on the image, there is a sculpture as monument to German reunification of the artist Arnold Schatz (1967).
You can visit inside the bunker with Berliner Unterwelt.

The illustration of the Poster Flakturm Humboldthain Berlin is also on my blog “Traversée d’Encres”.

Be the first to review “Flakturm Humboldthain – Poster A4” Cancel reply