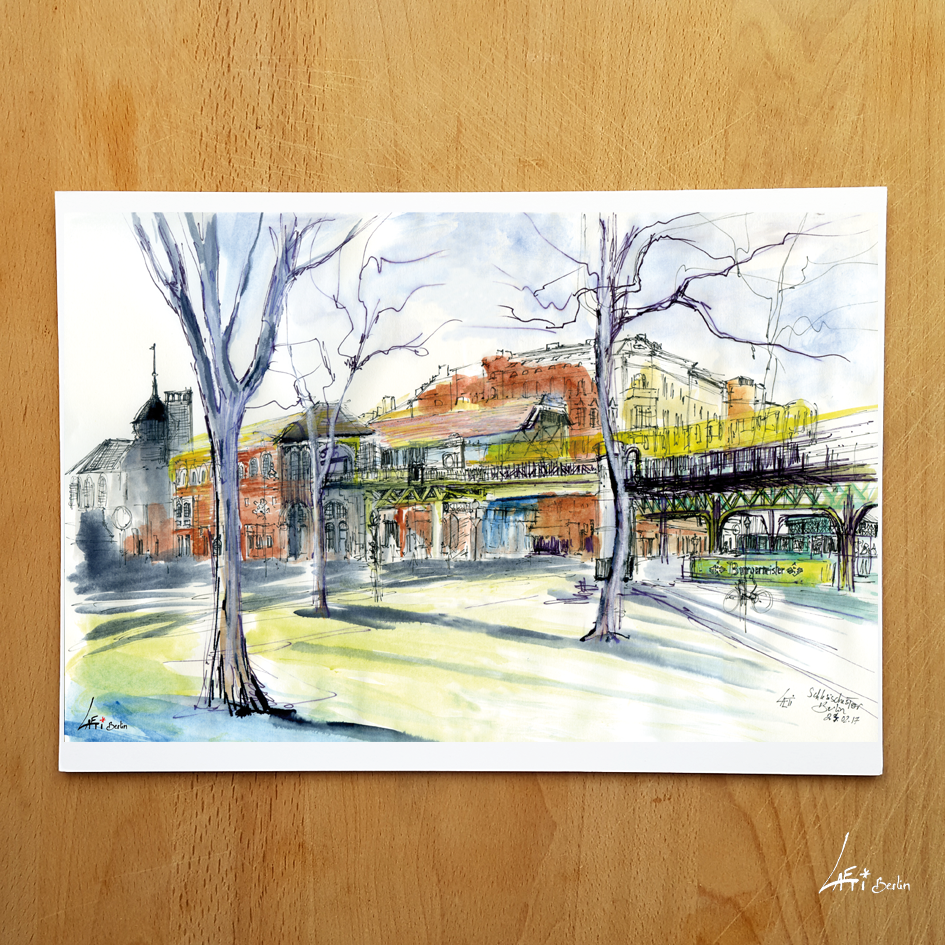 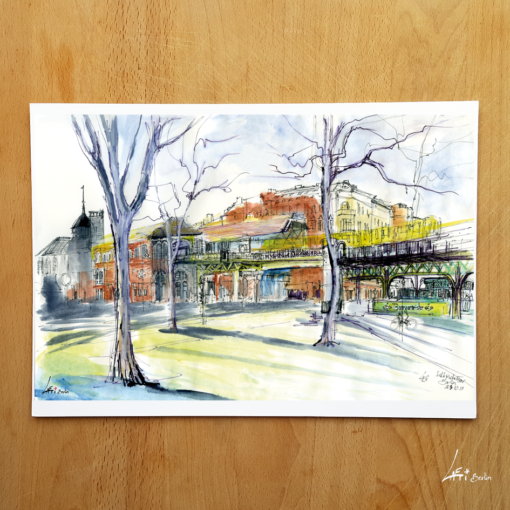 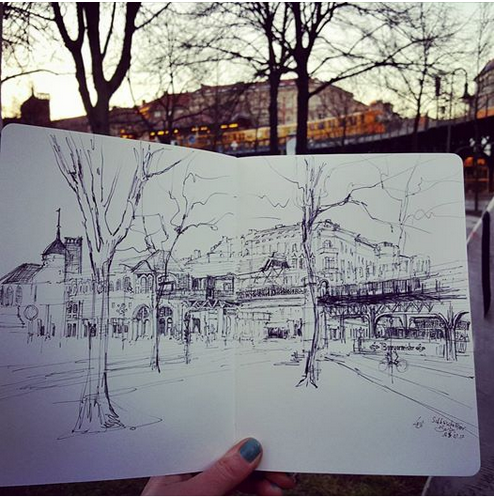 The Poster Schlesisches Tor Berlin represents the view of the train station “Schlesisches Tor “. It’s located between the road Schlesischestr. and the road Oberbaumstr., near the bridge Oberbaumbrücke.
I drew this urban sketch on the 24th of February 2017 directly at the location in Berlin-Kreuzberg. You can see under the aerial train line, the famous snack “Burgermeister” (they have the best burgers of Berlin!). In the 19th century this area were used as public toilets, that’s why this urban real estate has an old design.

As a technique I applied wash drawing (ink + water). And as artistic tools I used for the Poster Schlesisches Tor Berlin:

I was sitting in the little square, front of the café “Wendel”. It was during the sunset. We could feel the beginning of spring.

History: The exceptionally richly designed station opened on 18 February 1902, on the first Berlin U-Bahn line erected by the Siemens & Halske company (the Stammstrecke). On 11/12 March 1945, this station was directly hit, and the track area was severely damaged. During the division of Berlin after 13 August 1961, the station was the eastern terminus of the U1, as the final station, Warschauer Straße, was in East Berlin. The link was reopened in 1995. An intermediate station at the Spree river, Stralauer Tor, had been destroyed in 1945 and never reopened. (source: wikipedia)
After the Wall the line has been renovated and already used for the U-bahn, called “U1” and since 2019 “U1/U3”.

Be the first to review “Schlesisches Tor – Poster A4” Cancel reply