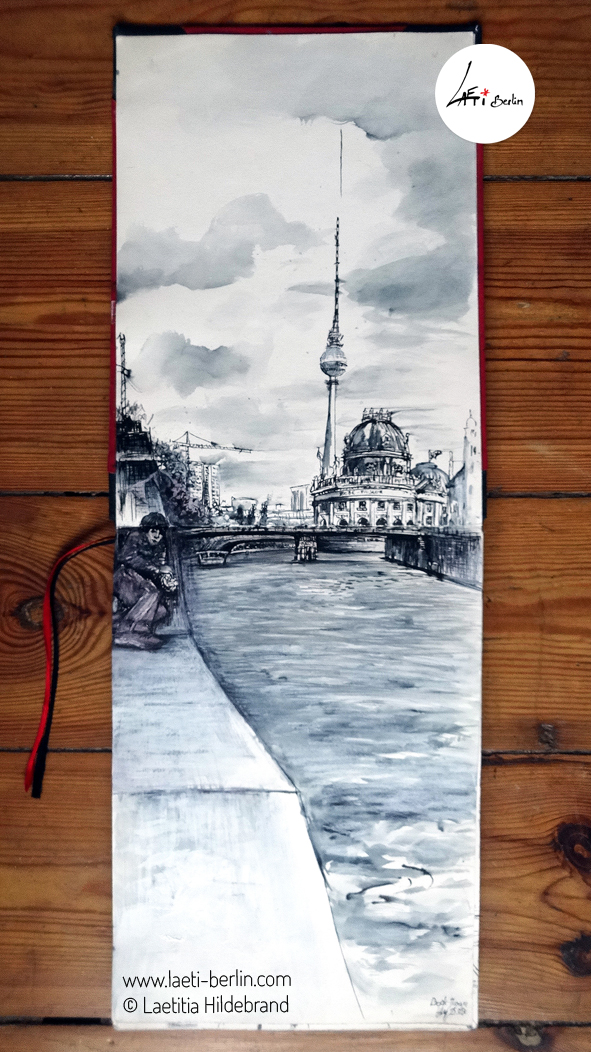 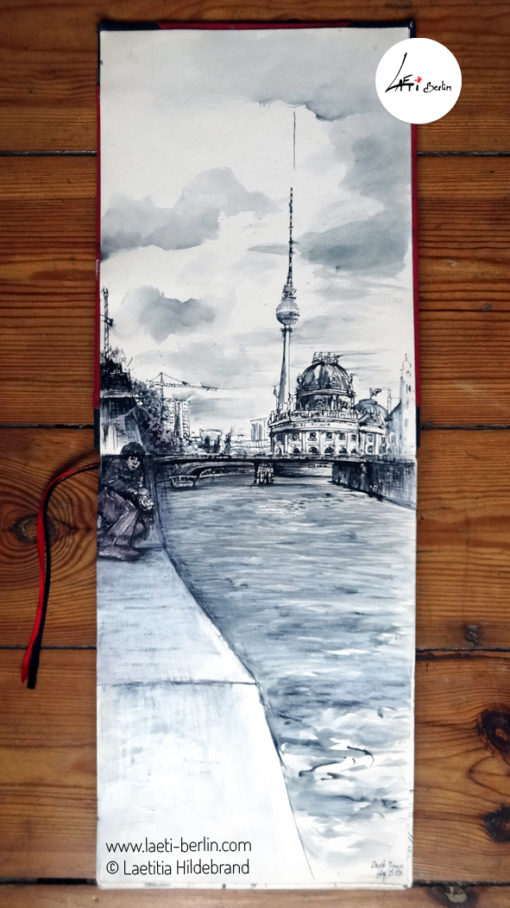 The Bode-Museum Berlin Poster is vertical (23×56 cm / 9×22 inch) and represents the museum of Bode. Otherwise it’s located on the Museum Island (german: Museum Insel), in the central Mitte district of Berlin, Germany, the site of the old city of Cölln.

I drew this urban sketch on the 25th of May 2010 directly at the location in Berlin-Mitte.
As a technique I applied wash drawing (ink and water). And as artistic tools I used for this illustration:

I was sitting on a wall by the bank of the Spree river. In the background of the postcard Bode-Museum, we can see the Nikolai-Viertel. So close to the place Alexanderplatz where we recognize the TV tower. In the foreground on the left, a little boy sits on the bank, he was close to me and the river. Indeed it was not so long because I needed around one hour for this urban sketch.

Here the same illustration as postcard.