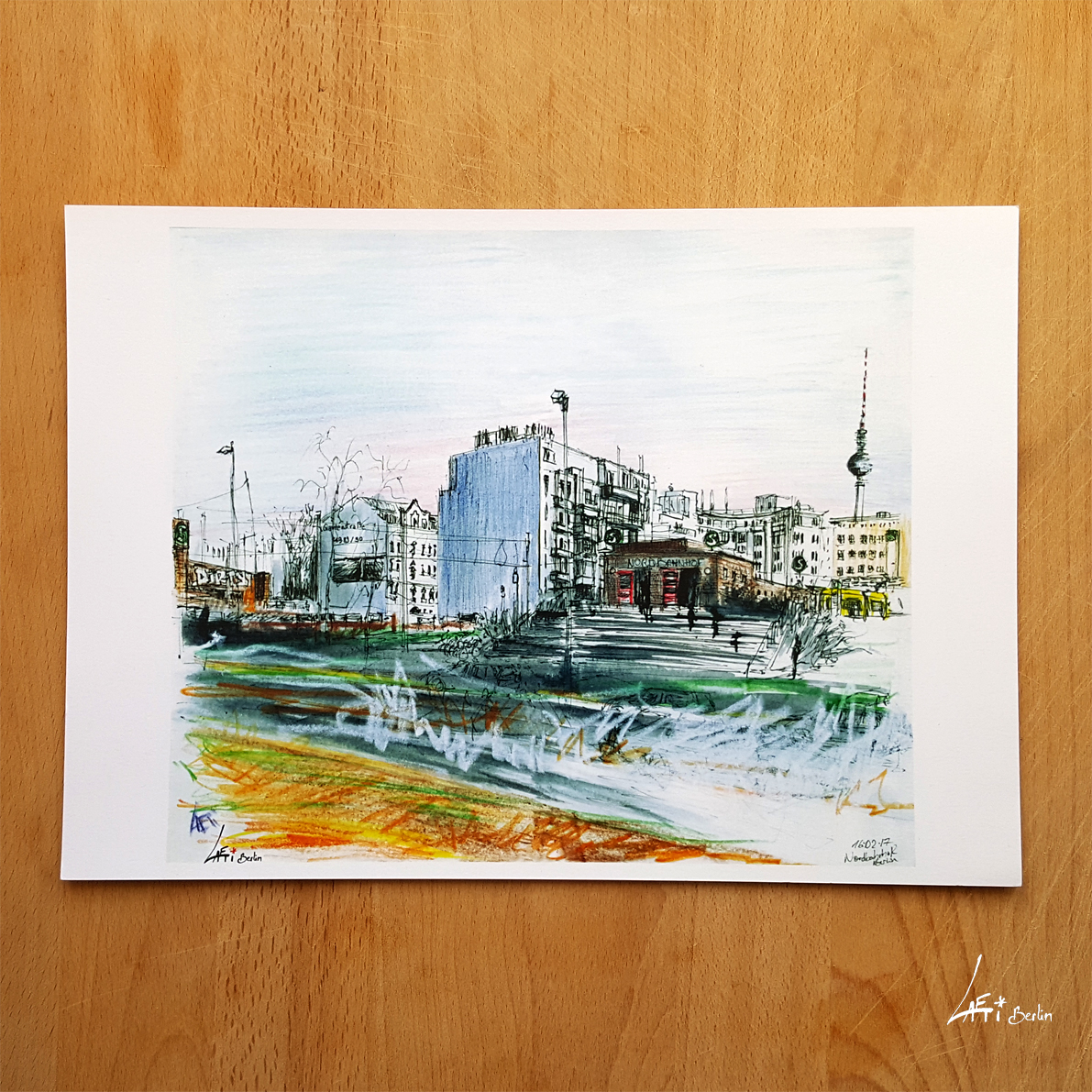 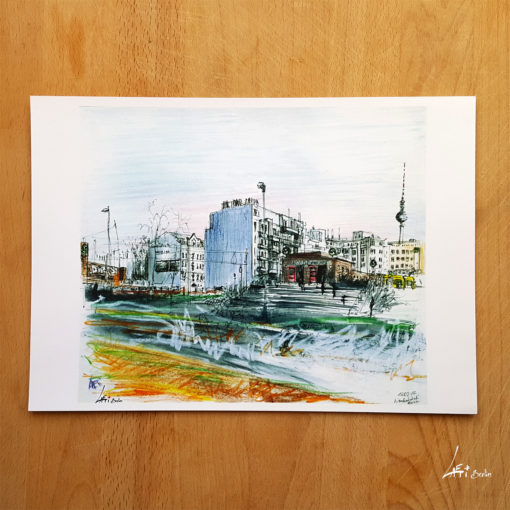 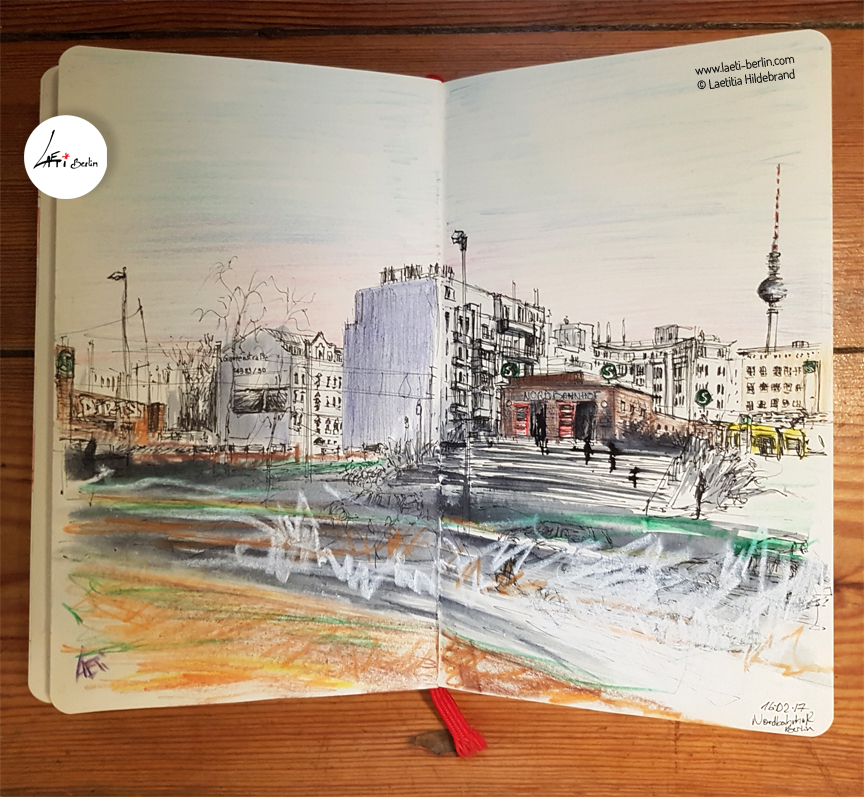 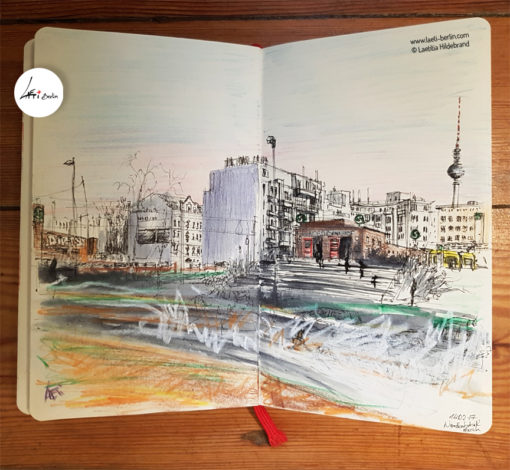 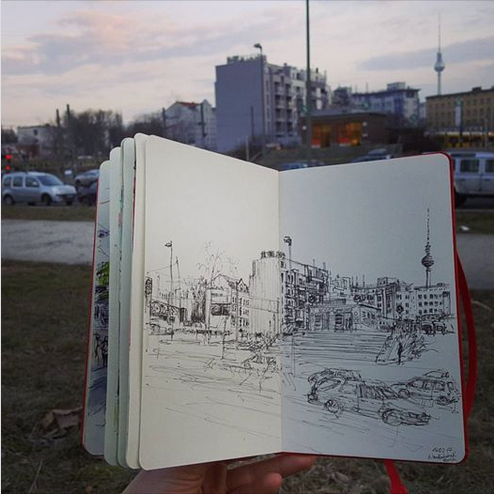 The Poster Nordbahnhof Berlin represents the train station “S-Bahn” Nordbahnhof in the north of Berlin. I drew directly on the area on the 16th of February 2017 in the district Berlin-Mitte.

As a technique I applied wash drawing (ink and water).
And the artistic tools that I used for this illustration are:

I was sitting on the pavement front a beach volley open air. You see the street Julie-Wolfthorn-Str. which represent the boarder of the districts Mitte and Wedding. During cold war it was too the boarder between west and east Berlin. So this train station was a “ghost” station, because the train were forbidden to stop there, on the same place of the Berlin Wall .
On the left of the image, there is the open-air museum “Gedenkstätte Bernauer Straße”. And on the background you can recognize the famous tv tower of Berlin (“Fernsehturm Berlin”).

The illustration of the Poster Nordbahnhof Berlin is also on my blog “Traversée d’Encres”.

Be the first to review “Nordbahnhof – Poster A4” Cancel reply