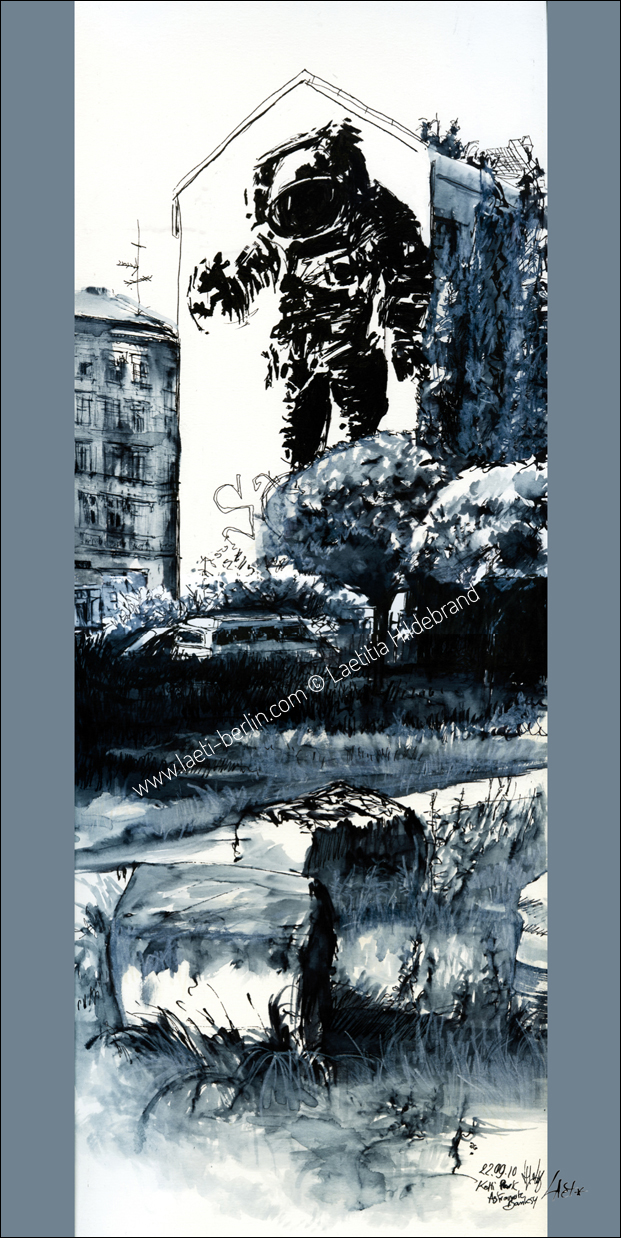 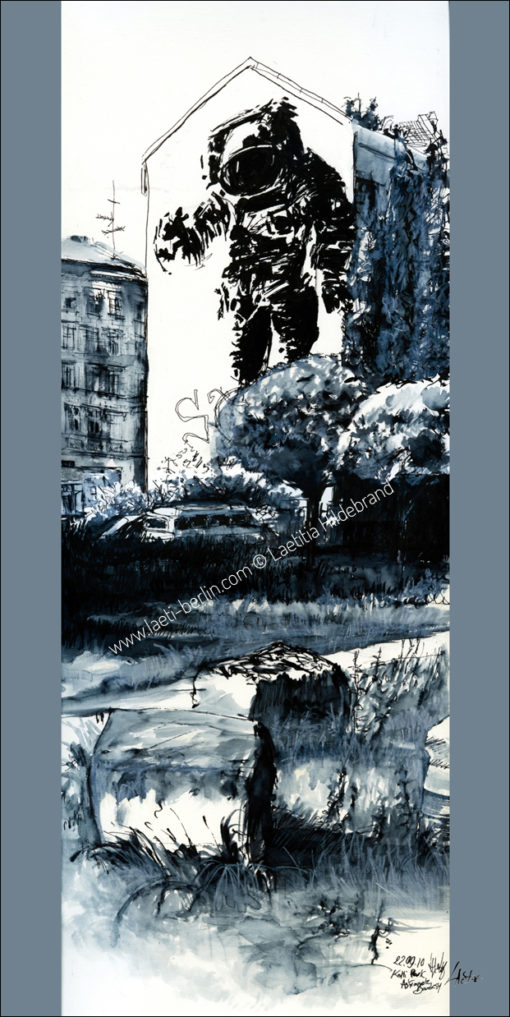 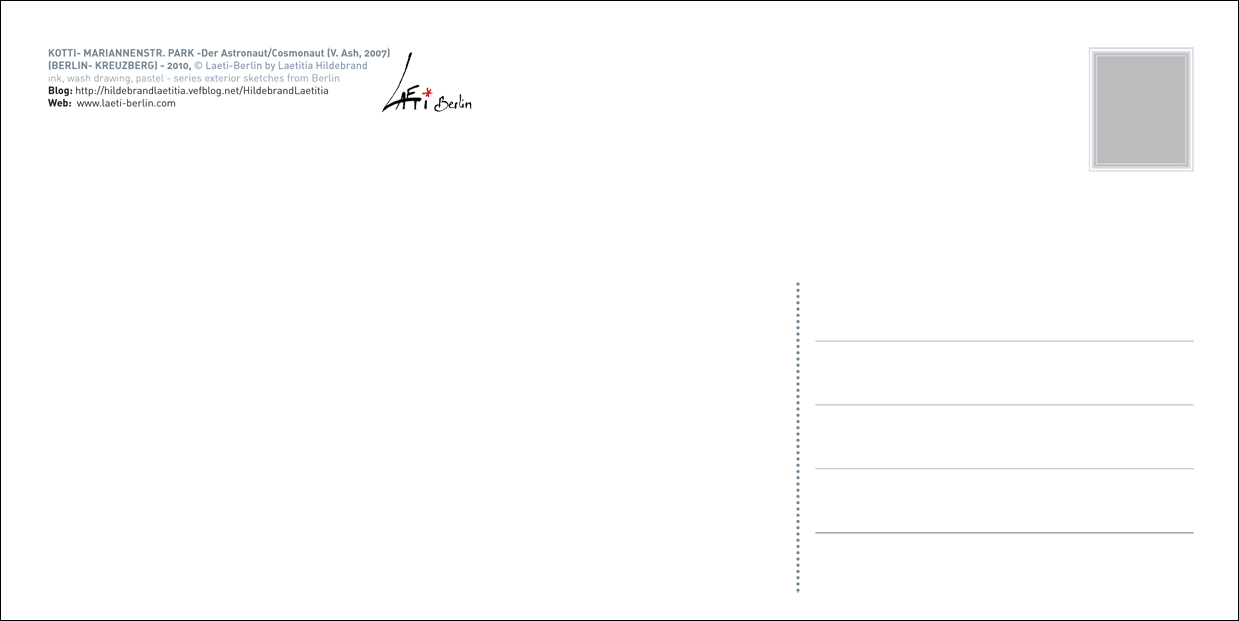 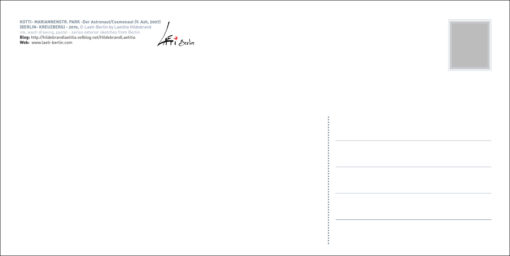 The Postcard Astronaut Kosmonaut Berlin is vertical and represents the wall painting of an astronaut or a cosmonaut. This mural art is located near the parc of Mariannenstr. (german: Mariannenstr. Park).

I drew this urban sketch on the 22th of November 2010 directly at the location in Berlin-Kreuzberg.

As a technique I applied wash drawing. As artistic tools I used for the Postcard Astronaut Kosmonaut Berlin:

I was sitting on a bank in the parc. I could hear the overhead train of the metro line U-12, and below the cars of cars of the road Skalitzerstr.
This illustration is also on my blog “Traversée d’Encres” (“Through The Inks”).

The street artist Victor Ash made this in 2007 with a black spray paint and a big stencil ( 22 × 14 m) for the 3rd session of Backjump festival. He said in a interview with Arts as Cultural Diplomacy on the 1st of July in 2011: “I made the astronaut in relation to the space race between America and the USSR, to the idea of fighting for something that isn’t with soldiers, that isn’t here on Earth—it’s in another dimension. That’s the kind of idea that inspires me: it’s more global, more human.”
Victor Ash, also known as Ash, is a french street artist from Paris. Here more Informations.

The term “astronaut” was created in 1958 the official name of NASA for a space traveler, in Soviet space travel programs, however, the talk was of “cosmonauts“.

In the nighttime a shadow of a big flag is projected from the car shop situated on the other side of the road Mariannenstr. The Astronaut / Cosmonaut waves the flag without symbol. But they moved this flag and now it is represent a flag’s shadow that slipped from the right hand.