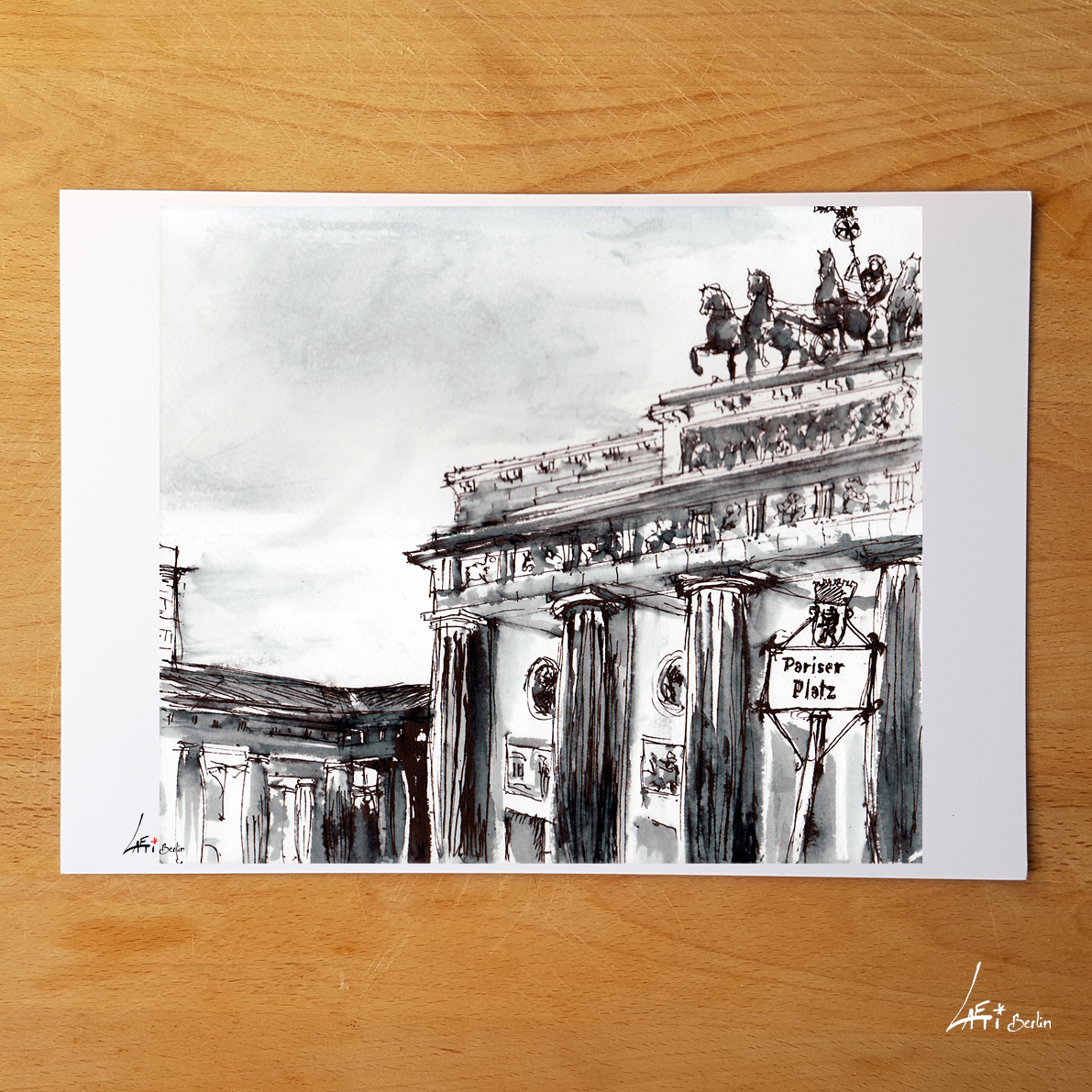 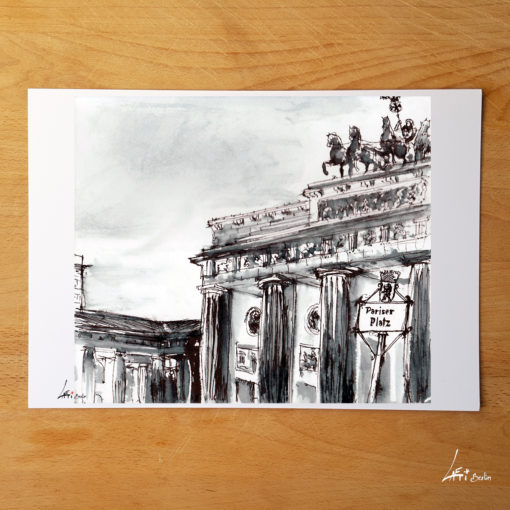 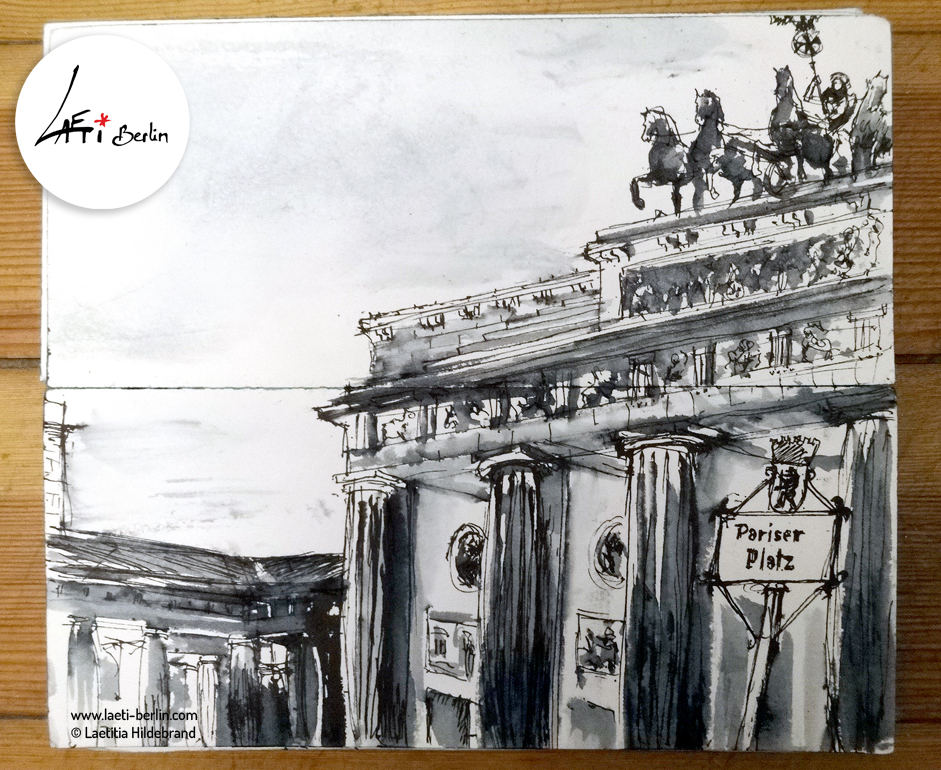 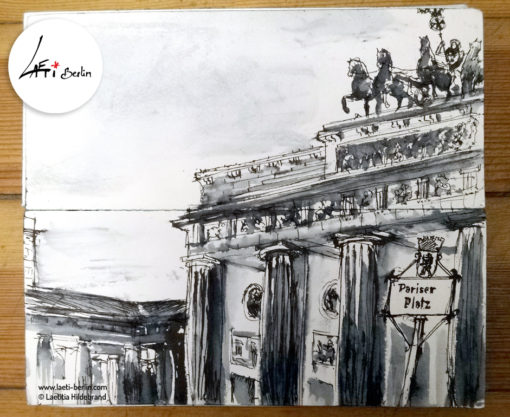 The Poster Pariser Platz Berlin represents the place with the Brandenburg Gate (“Brandenburger Tor”), located in Berlin-Mitte. Map.
It was my 1st Urban sketch of Berlin! I drew this image on the 09/09/09 directly at the location.
I chose this place because I came from Paris to live in Berlin.

On the left of the illustration we see the Embassy of the United States of America. Also in this place there is the French Embassy on the right side of the Gate.
This illustration is also on my blog “Traversée d’Encres”.

The Poster Pariser Platz shows a square in the centre of Berlin, Germany, situated by the Brandenburg Gate at the end of Unter den Linden.
Usually known as a place of German history this corner has French history, too.

Be the first to review “Pariser Platz – Poster A4” Cancel reply