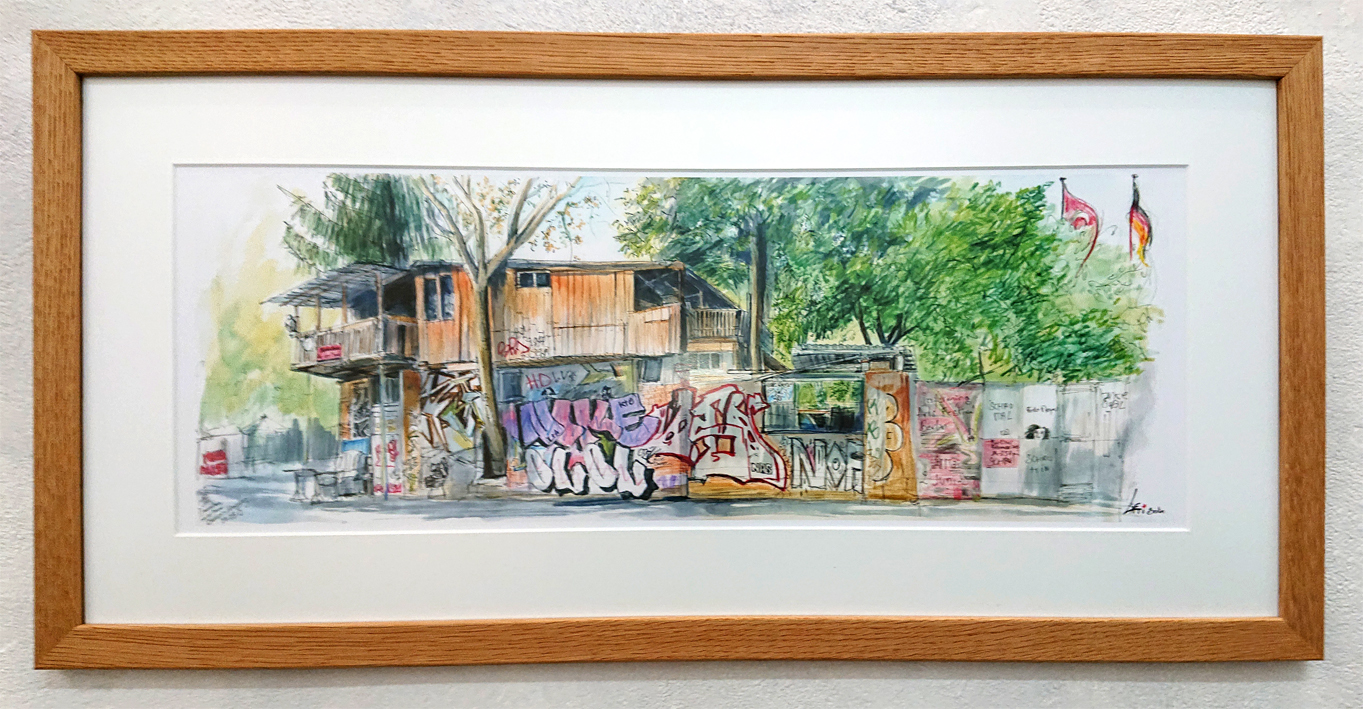 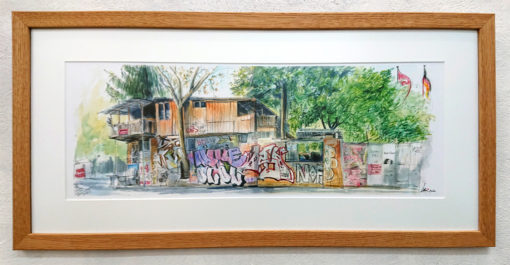 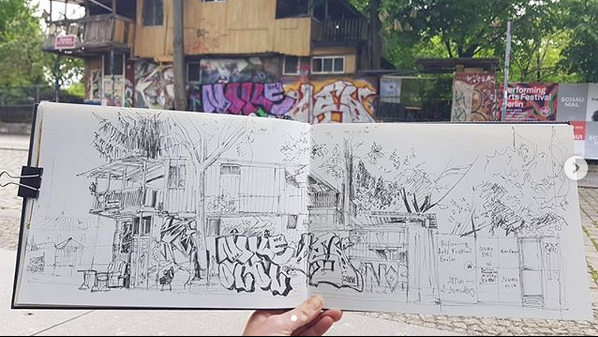 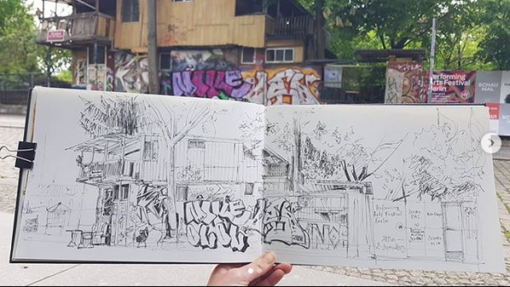 The poster Baumhaus Mauer Berlin is panoramic (542 x 200 mm / 21,3 x 7,8 inch) and represents “The Treehouse” called auf german Baumhaus an der Mauer. It was built only with recycled elements. Some Trees are growing with the Haus. I drew this urban sketch on the 8th of May 2019 directly at the location in Mariannenplatz (Berlin-Kreuzberg). I was sitting on the sidewalk of the other side of the street.

As a technique I applied wash drawing (ink and water). And as artistic tools I used for the poster Baumhaus Mauer Berlin: