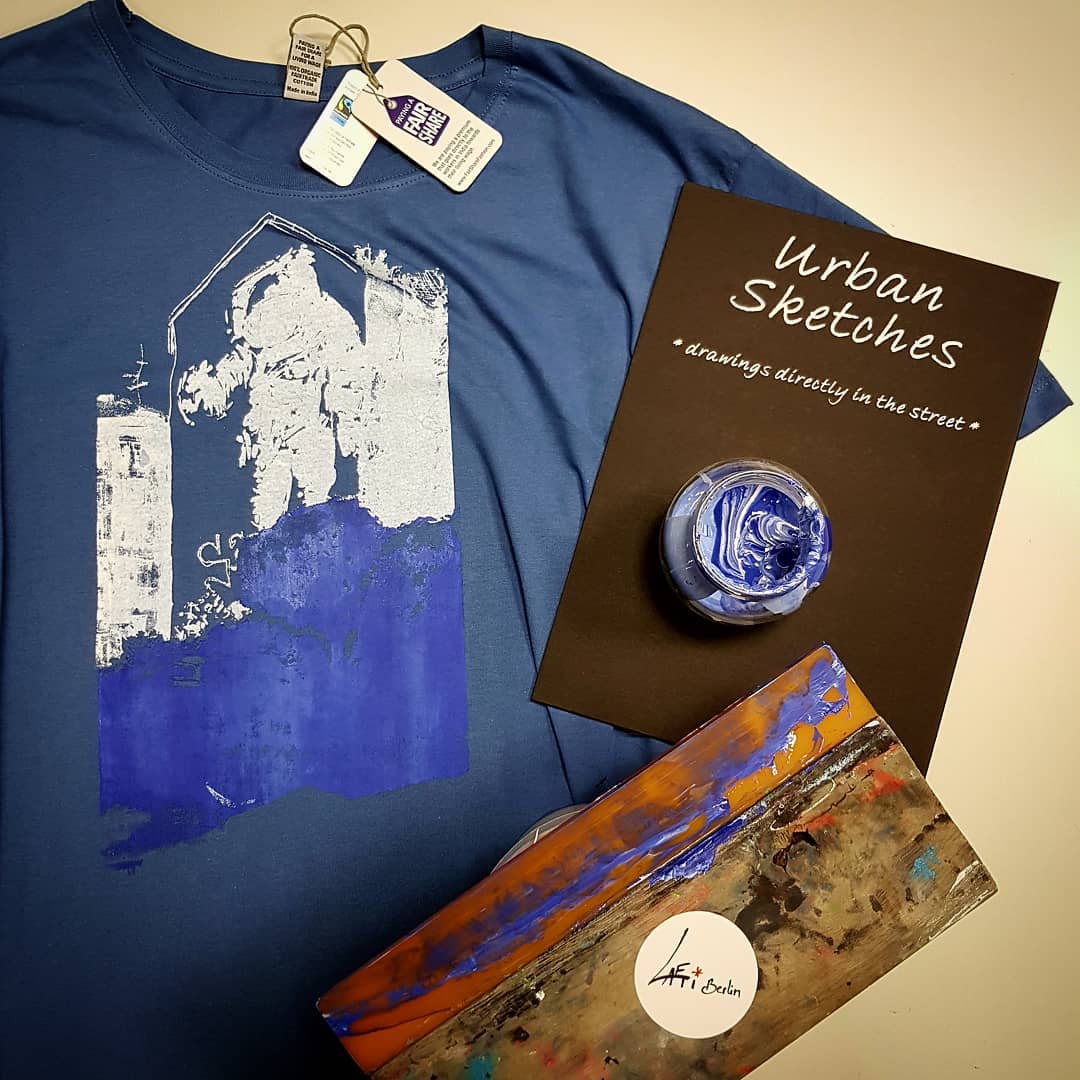 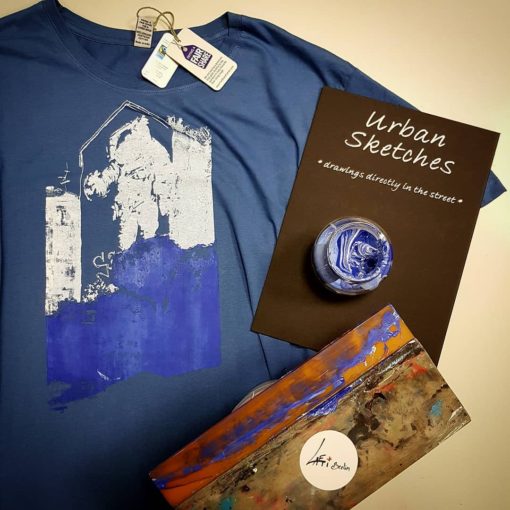 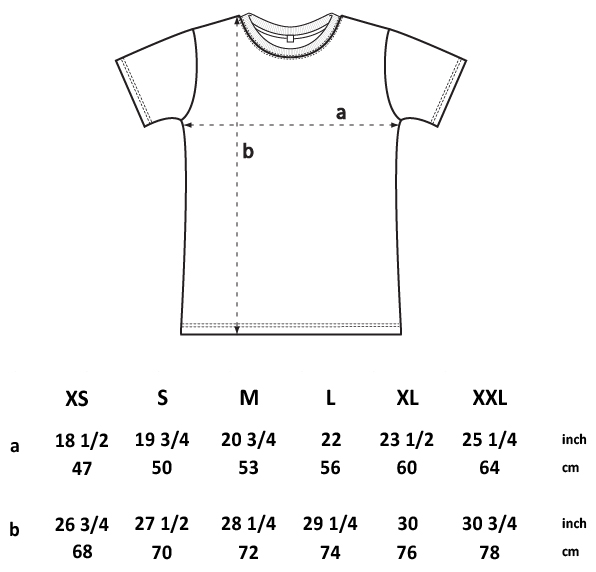 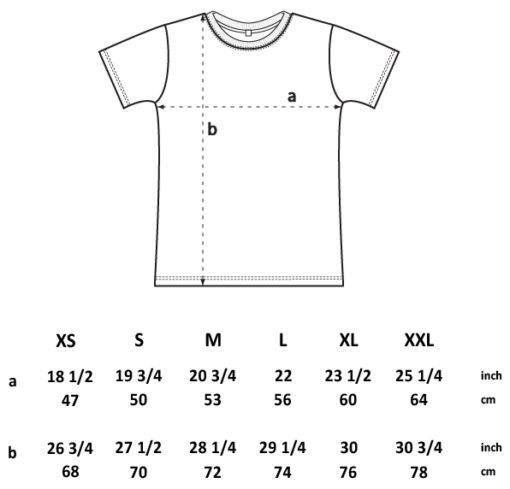 Each t-shirt Laeti-Berlin is a unique product because it’s handmade printed in my Berlin studio.

This impression is serigraphied on one side with white and ultramarin-white (color gradation) pattern “Astronaut/Kosmonaut” on a faded denim (blue) t-shirt in organic fairtrade cotton.

Label “FAIR WEAR Foundation”: pro-active social responsibility. So this t-shirt is too fair trade ! FAIR SHARE label from Continental Clothing: carry a small price premium that is passed directly on to the garment workers in India towards their Living Wage. A LIVING WAGE IS A HUMAN RIGHT. IT SHOULD COVER THE BASIC NEEDS OF THE WORKERS AND THEIR FAMILIES, ALLOW FOR SOME SAVINGS AND MUST BE EARNED WITHIN A 48 HOURS WORKING WEEK. About Continental Clothing

You can wash your t-shirt blue Astronaut Kosmonaut up to 30 °C (86 °F) and you can tumble dry.
Don’t worry! The print will stay perfect after the wash, because I fixed it with a special emulsion and I pressed it to impregnate.