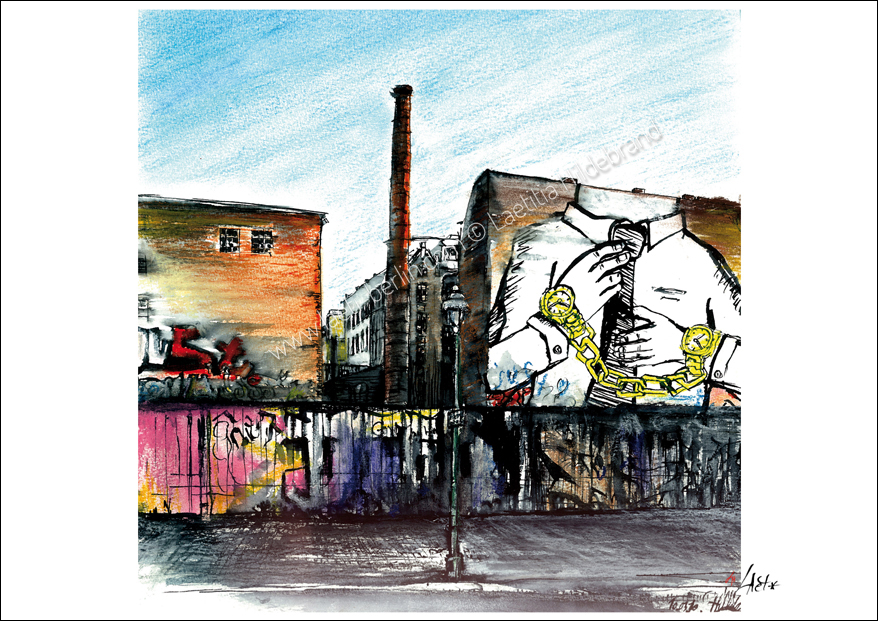 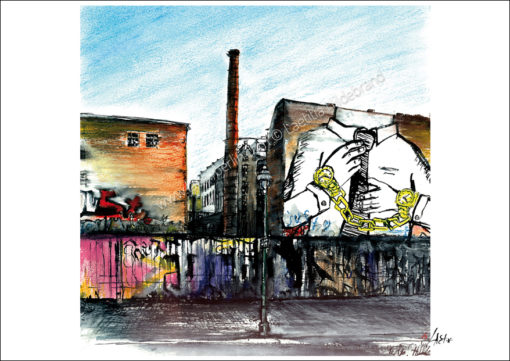 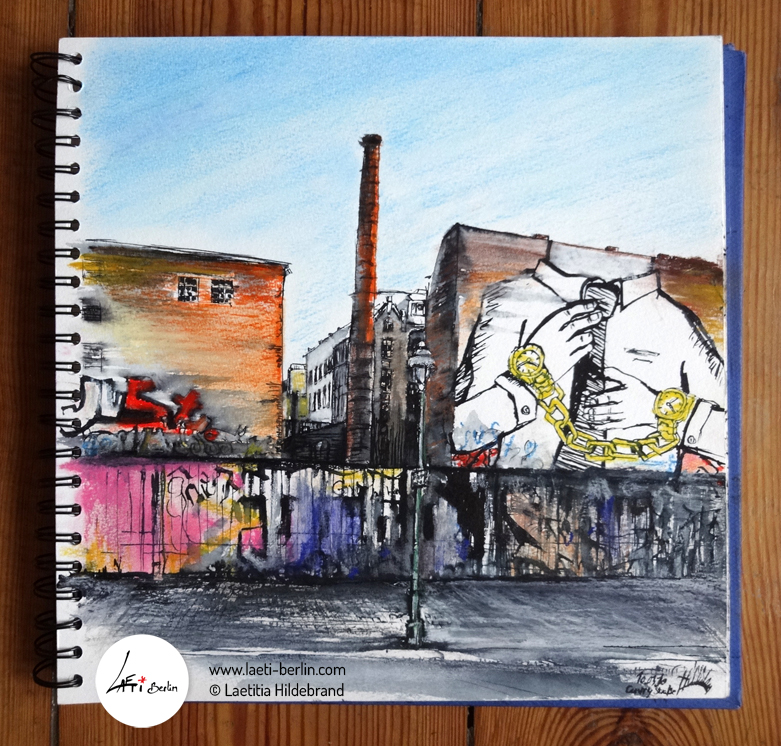 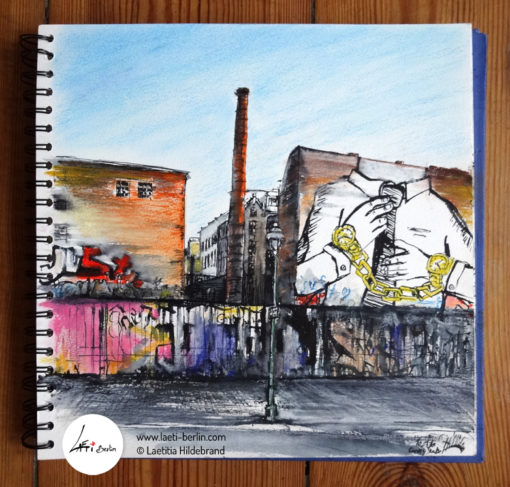 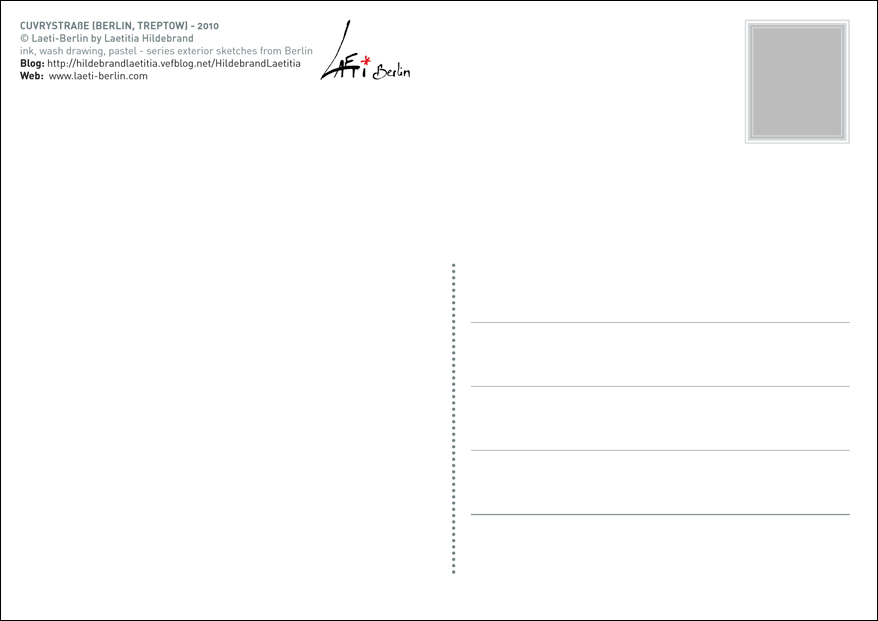 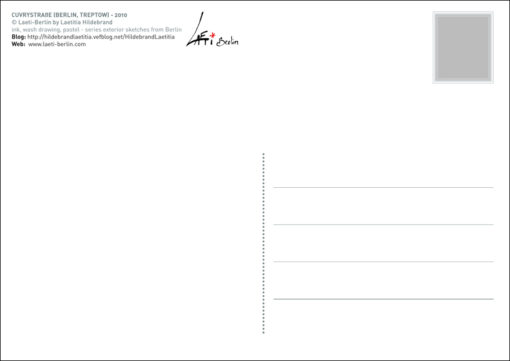 The Postcard Cuvrystrasse Graffiti represents the mural art of the street artist Blu . It was located in the street “Cuvrystraße”.
It’s situated betweento the river Spree and the crossroads of Schlesische Str.

I drew this urban sketch on the 10th of March 2010 directly at the location in Berlin-Kreuzberg.

As a technique I applied wash drawing. So as artistic tools I used for this illustration:

On the right of the Postcard Cuvrystrasse Graffiti we see a man with a chain and 2 watches : the businessman pressed” would it be chained to Berlin in this hidden space?
This illustration is also on my blog “Traversée d’Encres”.

Blu is the pseudonym of an Italian artist who conceals his real identity. He was born in Senigallia. He lives in Bologna and has been active in street art since 1999.

Blu worked in Germany on many occasions between 2006 and 2009, mostly in Berlin, and always around Cuvrystraße in a multi-ethnic neighborhood called Kreuzberg. Thanks to his participation in several of the festivals “Backjump” and “Planetprozess,”he had the opportunity to create some of his works, one of which was painted in combination with gigantic photos by the French artist JR.
But in December of 2014 in consultation with Blu the two murals at Cuvrystraße were covered with black paint by a group of people as a sign of discontent with the city’s urban development policies in the area. In fact a hostel, just constructed in the front of theses famous graffitis, wanted to use them to raise the rent.
Source : https://en.wikipedia.org/wiki/Blu_%28artist%29

Be the first to review “Postcard Cuvrystr. Graffiti” Cancel reply