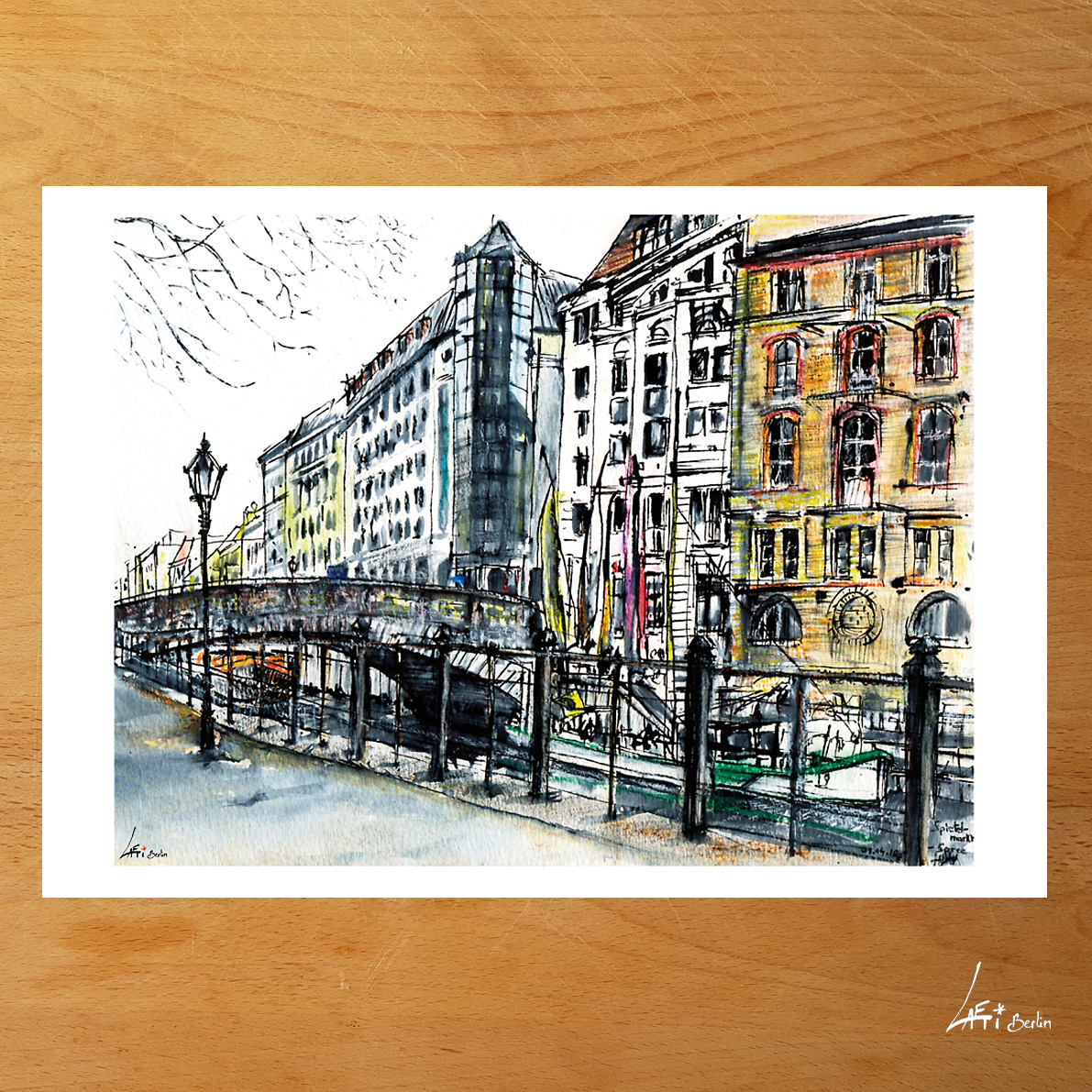 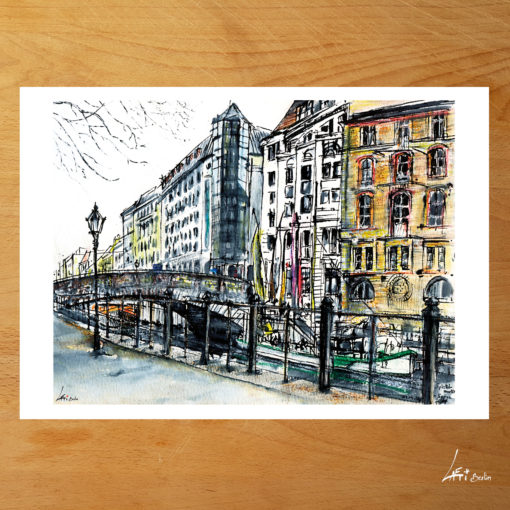 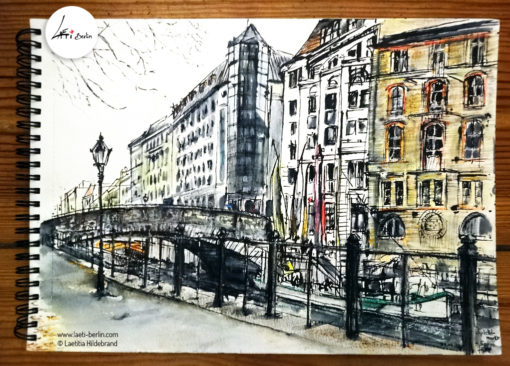 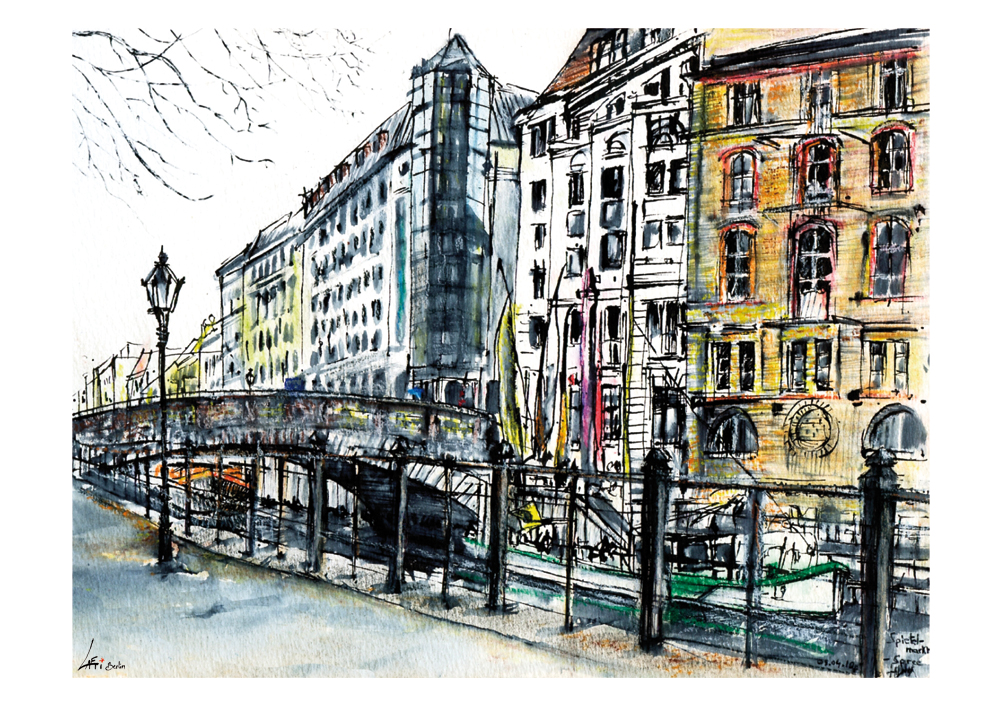 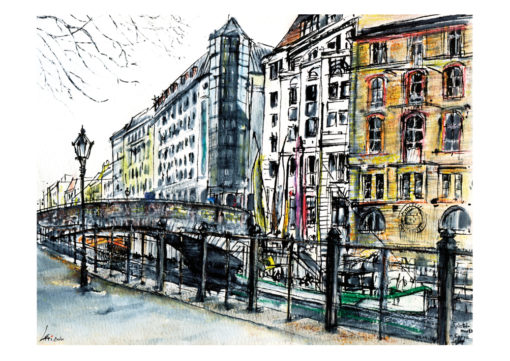 The Gift Card- Poster A4 Spittelmarkt represents the Spittelmarkt located in Berlin with a fine whyte frame.
It’s not an image from Amsterdam or Hamburg! (like people said to me often), but this illustration shows the quarter of the old Berlin.

I drew this urban sketch on the 8th of April 2010 directly at the location in Berlin-Mitte.

For this image I needed 1 hour. I was sitting on a bank in front of the old tabacco factory. It was very comfortable with the beginning of spring. A nice atmosphere.

On the left we see an historical lantern from the 19th century. On the right there are multicolored flags from an Indian restaurant and after that an old tobacco factory. Both are not yet renovated as a cultural place which is typical for Berlin.
This illustration is also on my blog “Traversée d’Encres”.

On the Poster Spittelmarkt Berlin we see the bridge between the Island Fischerinsel on the left and the Märkisches Ufer on the right side of the canal. The name of the bridge is “Inselstraße” (“Island Street”).
Fischerinsel, or Fisher Island, is the southern part of the island in the River Spree which was formerly the location of the city of Cölln and is now part of central Berlin.