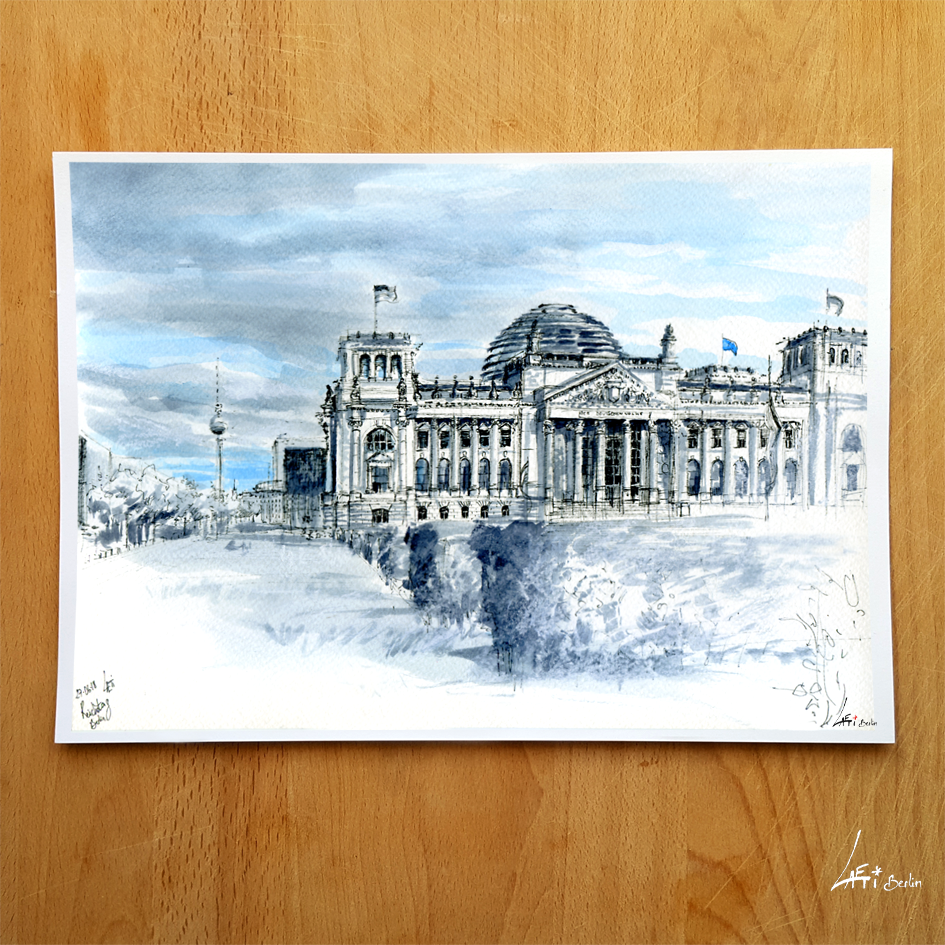 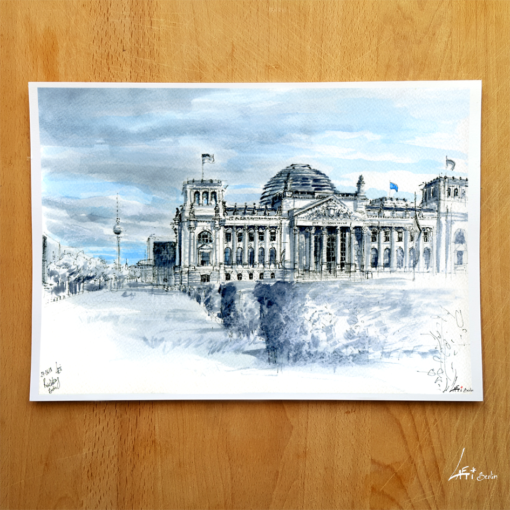 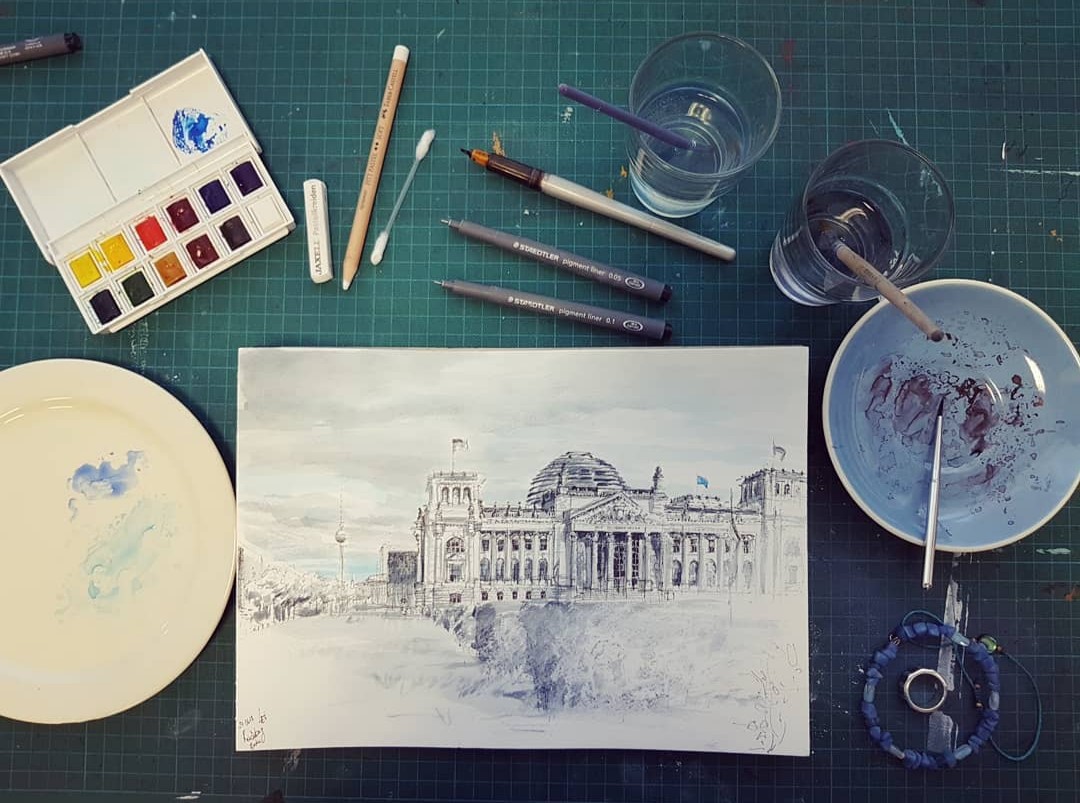 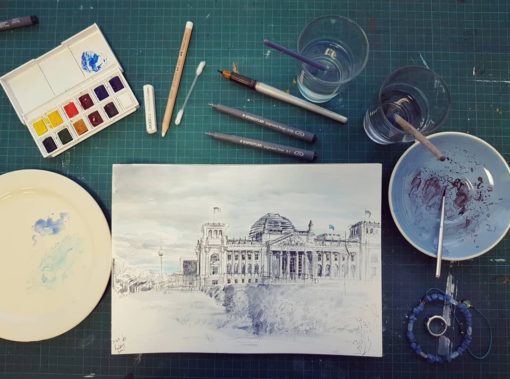 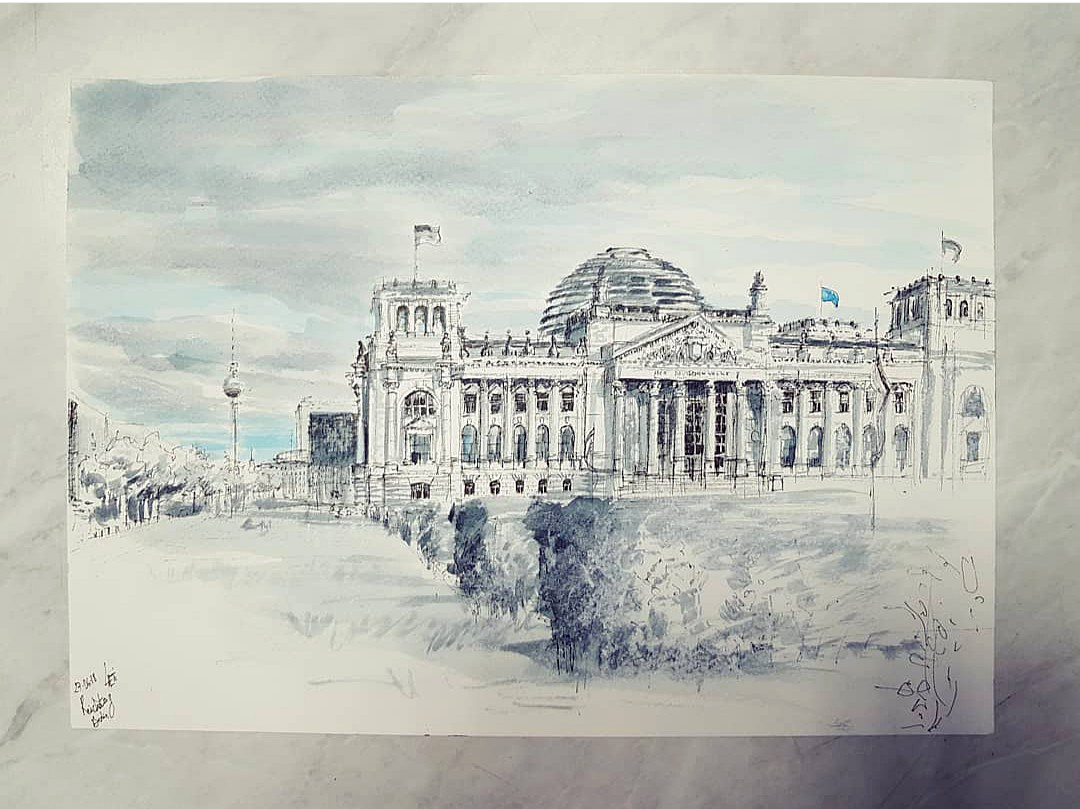 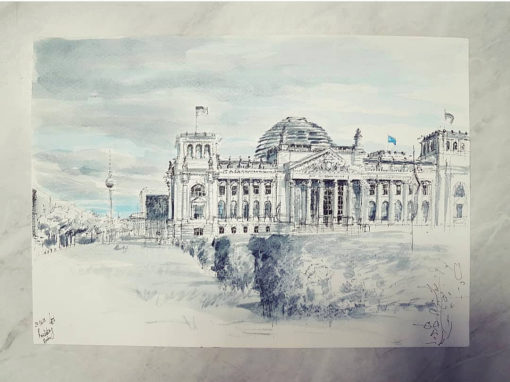 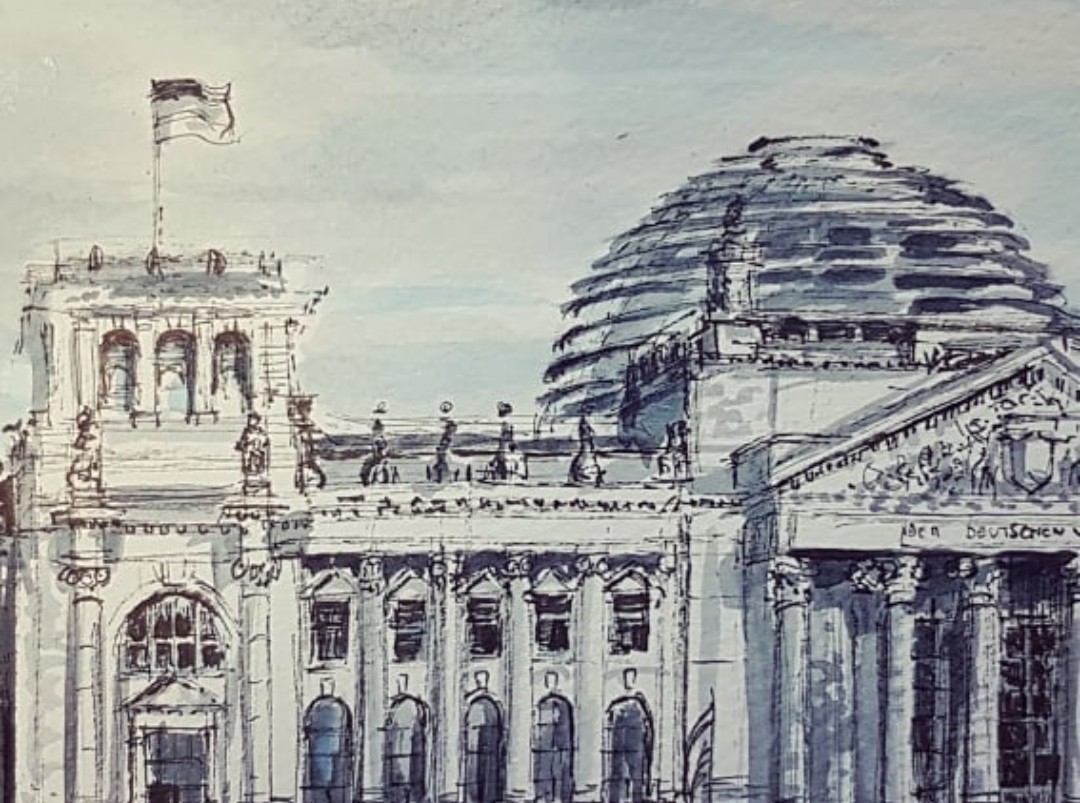 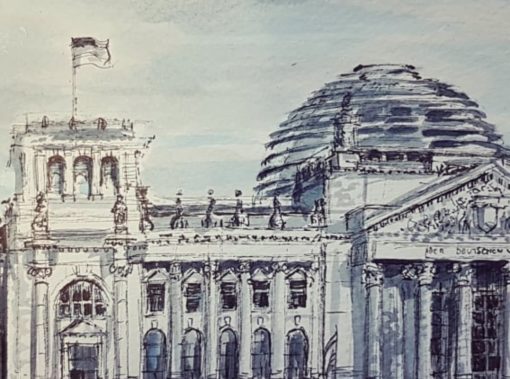 The Gift Card- Poster Reichstag represents the official government building of Germany in the district Tiergarten. Map
I drew directly on the location, from the garten on the left, because I have a nice perspective with the TV tower (“Fernsehturm”) of Berlin in the background.

It was a lot of people behind the Reichtag, on the Brandenburger gate, because on this day was the football world cup “Fifa 2018” and german played. I heard some sensations!
I preferred to color only the flag of Europa like the blue sky.

After the second world war, the reconstruction was completed in 1999, with the Bundestag convening there officially for the first time on 19 April of that year. The Reichstag is now the second most visited attraction in Germany, not least because of the huge glass dome that was erected on the roof as a gesture to the original 1894 cupola, giving an impressive view over the city, especially at night.
Source: wikipedia

The illustration of this poster is also on my portfolio Urban Sketches.