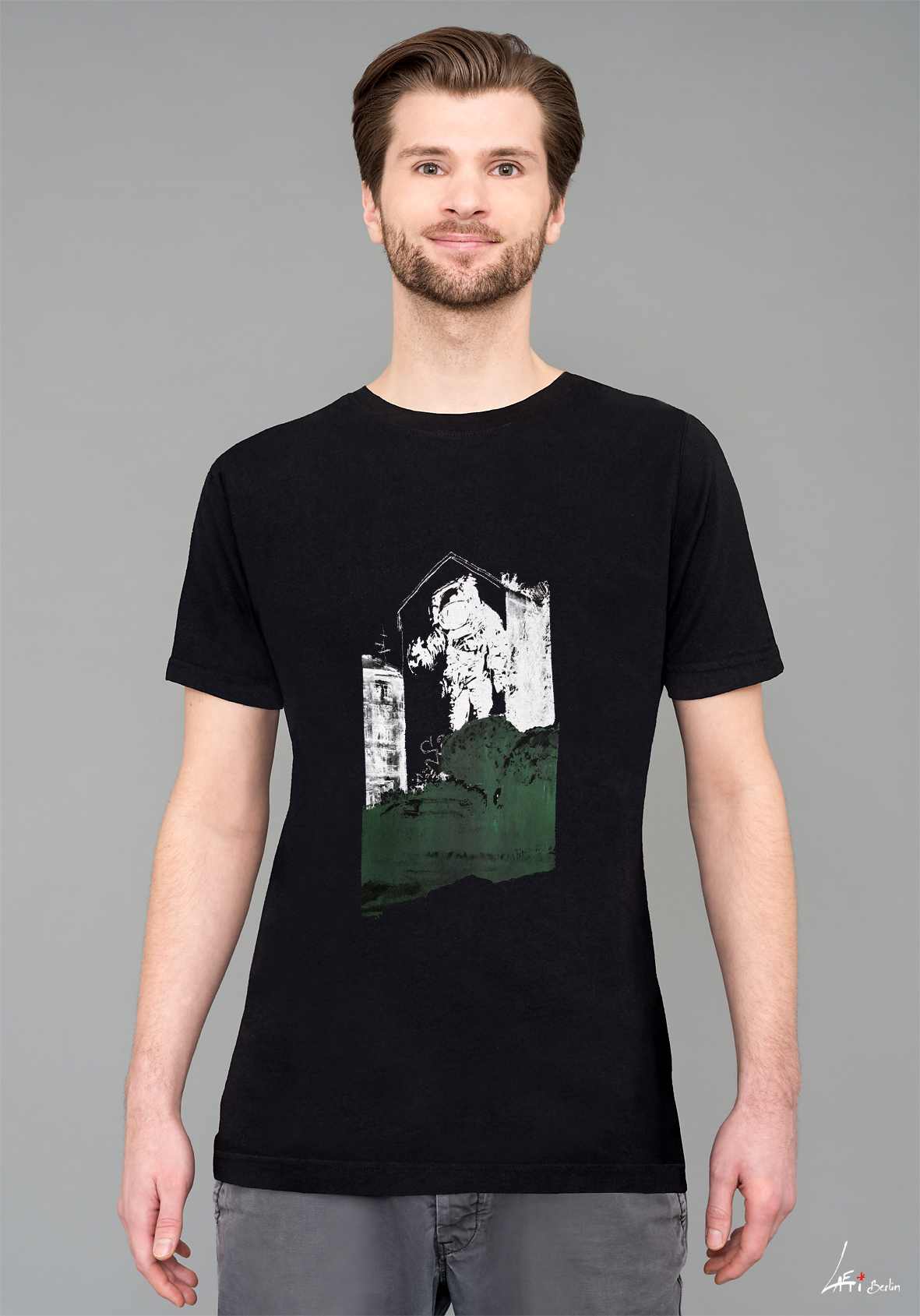 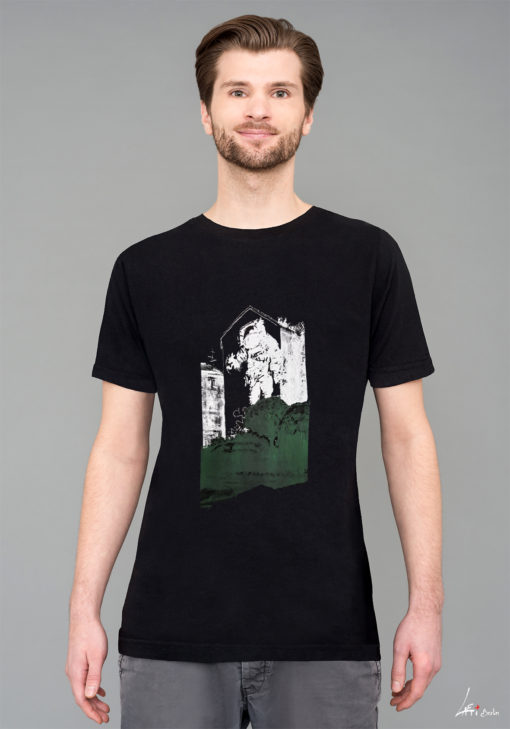 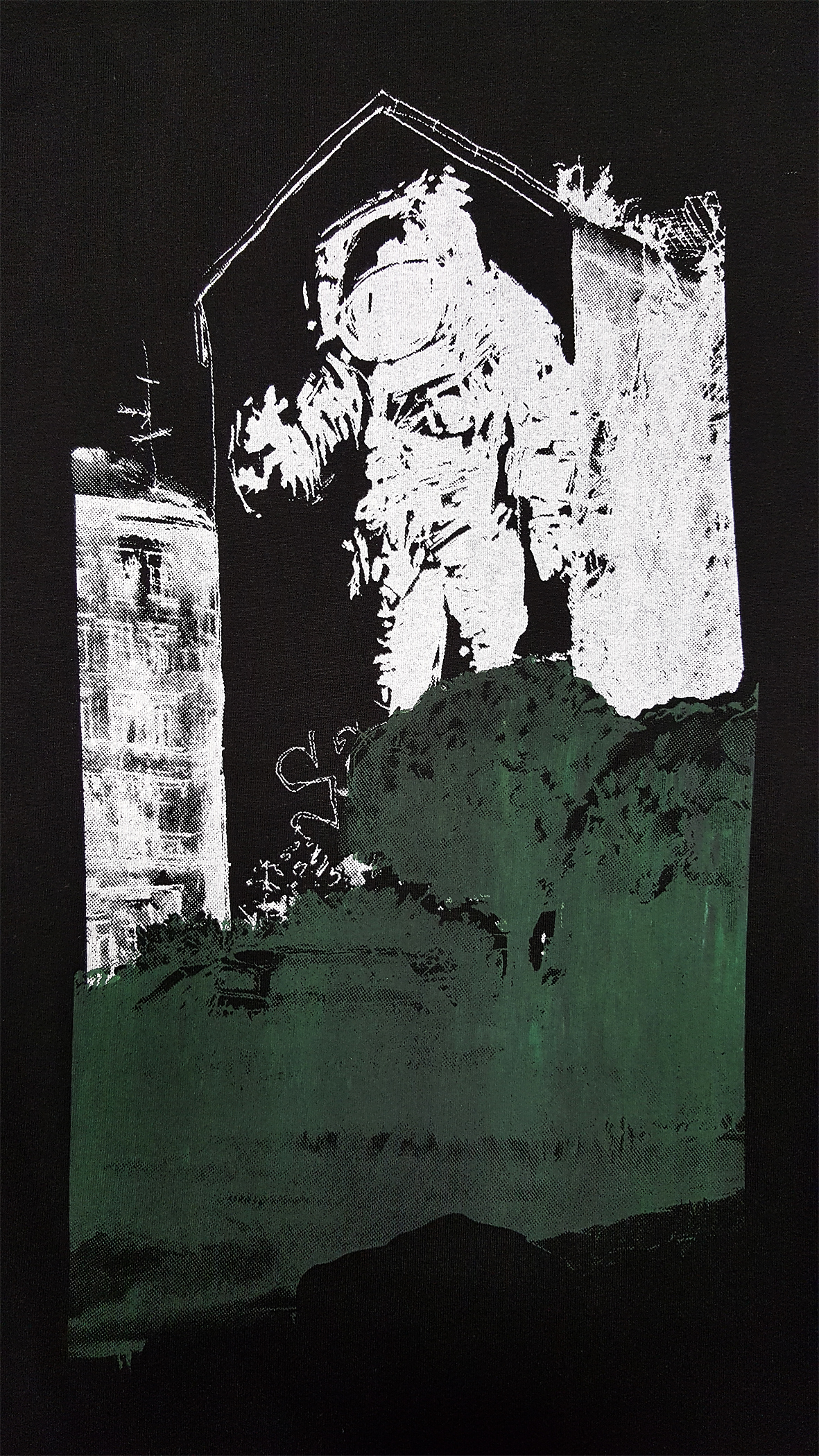 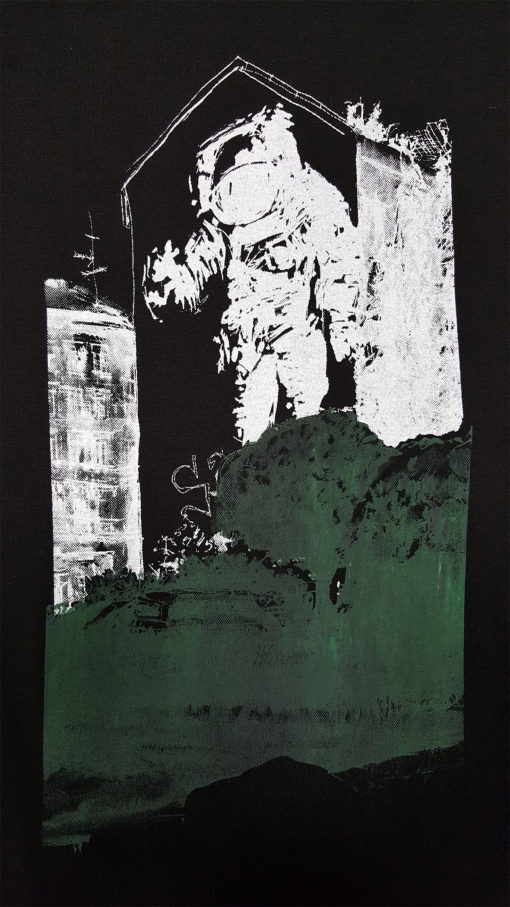 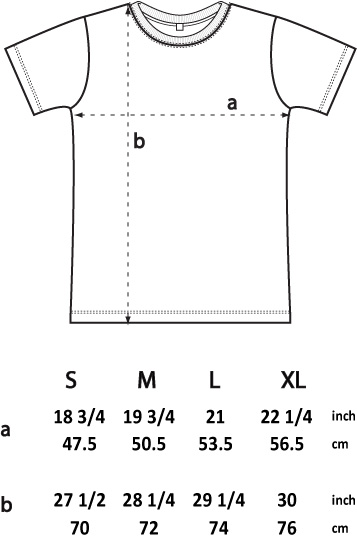 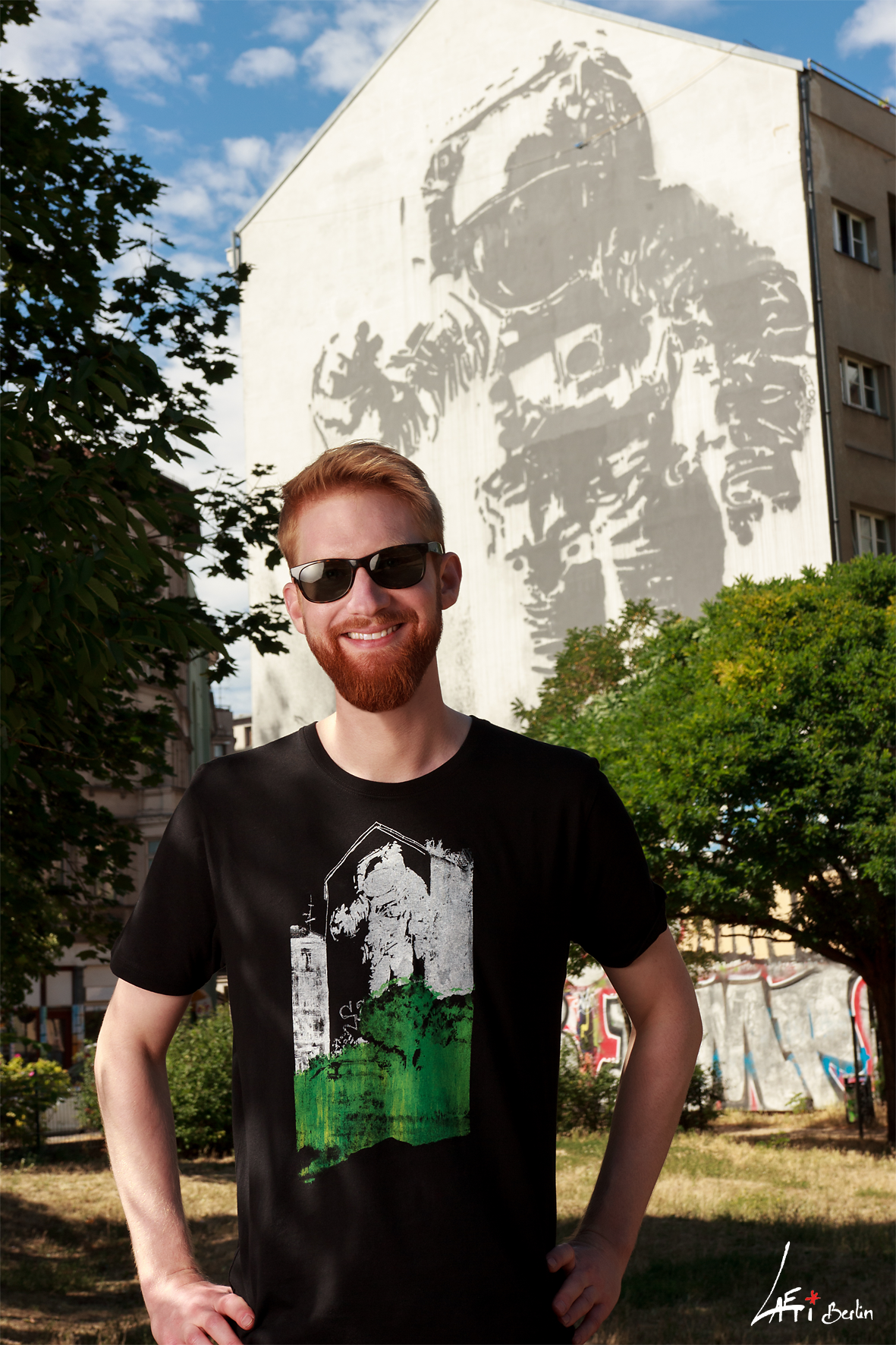 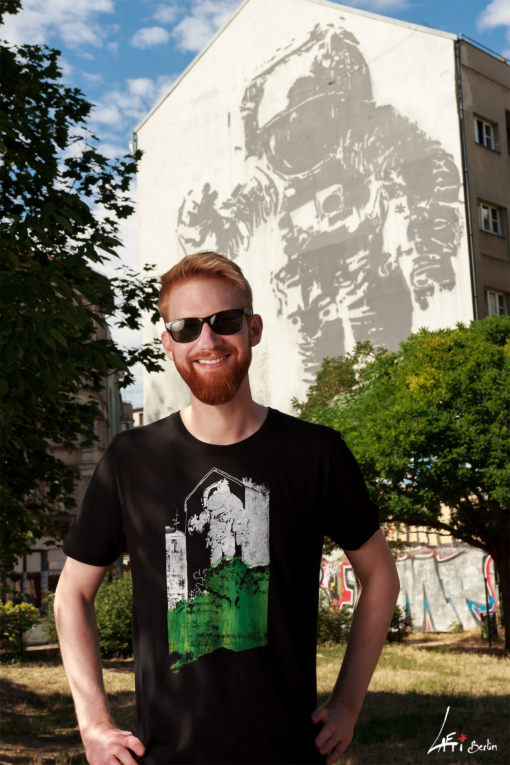 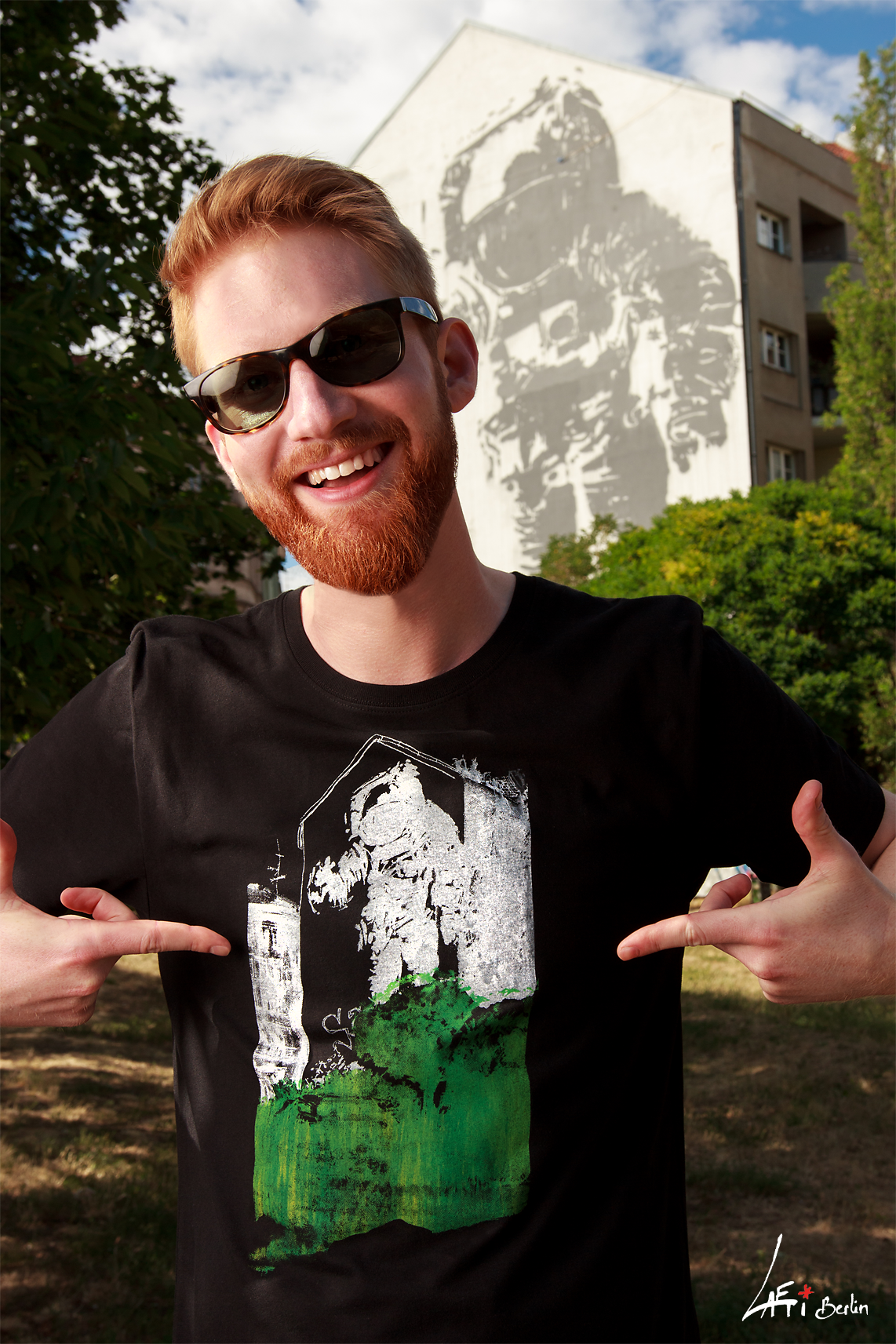 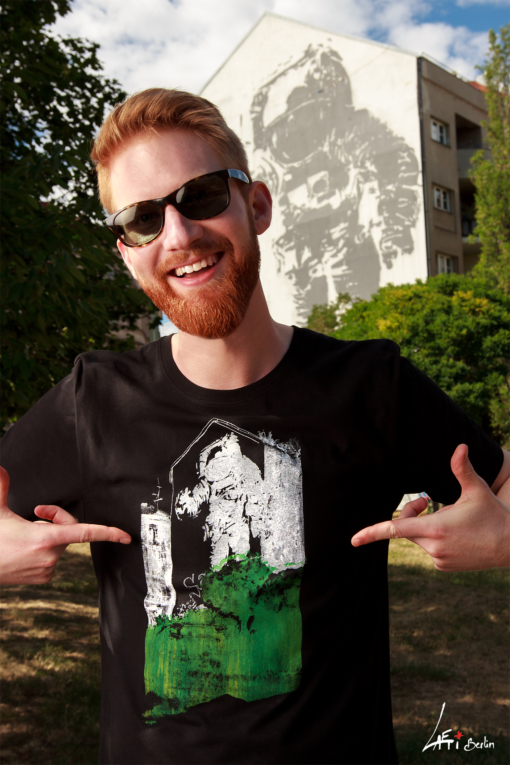 This impression is serigraphied on one side with white and green-yellow (color gradation) pattern “Astronaut/Kosmonaut” on a black t-shirt in organic cotton.